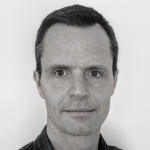 Last week, political scientist Barbara Walter wrote a great post for the blog Political Violence @ a Glance called “The Four Things We Know about How Civil Wars End (and What This Tells Us about Syria),” offering a set of base-rate forecasts about how long Syria’s civil war will last (probably a lot longer) and how it’s likely to end (with a military victory and not a peace agreement).

The post is great because it succeeds in condensing a large and complex literature into a small set of findings directly relevant to an important topic of public concern. It’s no coincidence that this post was written by one of the leading scholars on that subject. A “data scientist” could have looked at the same data sets used in the studies on which Walter bases her summary and not known which statistics would be most informative. Even with the right statistics in hand, a “hacker” probably wouldn’t know much about the relative quality of the different data sources, or the comparative-historical evidence on relevant causal mechanisms—two things that could (and should) inform their thinking about how much confidence to attach to the various results. To me, this is a nice illustration of the point that, even in an era of relentless quantification, subject-matter expertise still matters… MORE