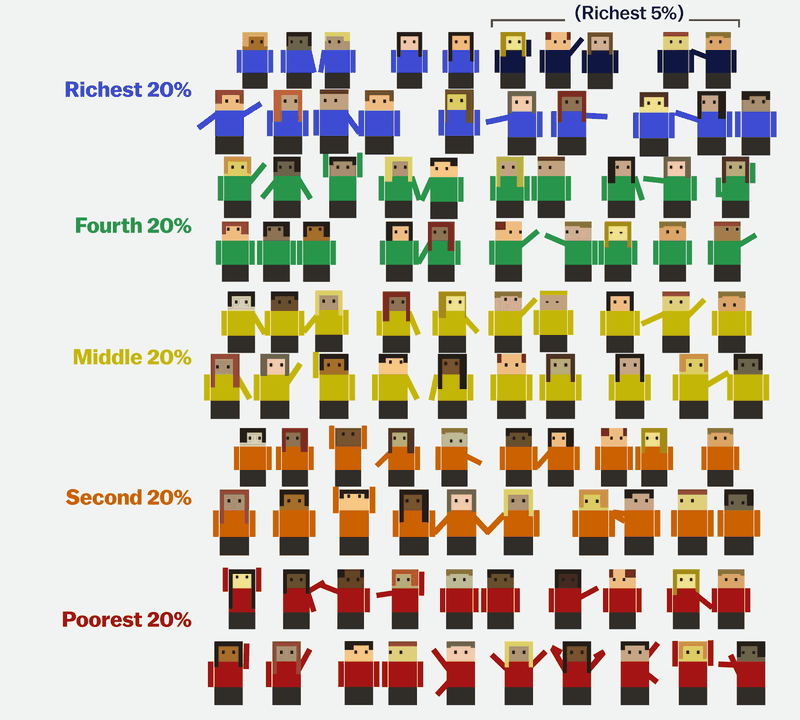 Something massive and important has happened in the United States over the past 50 years: Economic wealth has become increasingly concentrated among a small group of ultra-wealthy Americans.

You can read lengthy books on this subject, like economist Thomas Piketty’s recent best-seller, Capital in the Twenty-First Century (the book runs 696 pages and weighs in at 2.5 pounds). You can see references to this in the campaigns of major political candidates this cycle, who talk repeatedly about how something has gone very wrong in America.

Donald Trump’s motto is to make America great again, while Bernie Sanders’s campaign has focused on reducing income inequality. And there’s a reason this message is resonating with voters:

It’s grounded in 50 years of reality.