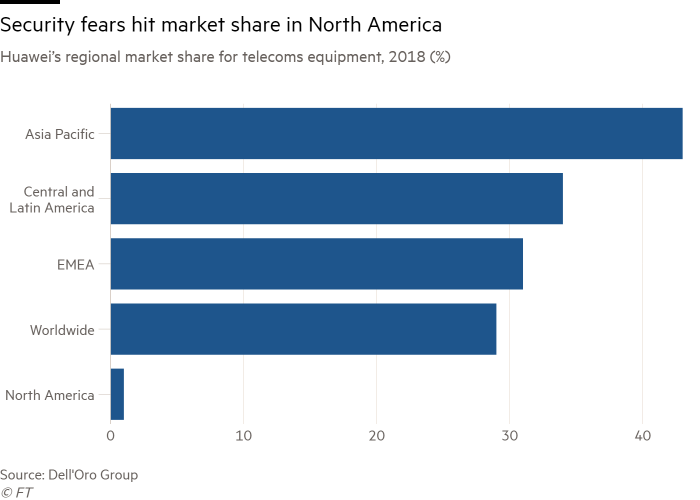 Visitors to the Shenzhen headquarters of Huawei — the Chinese company that has been at the centre of the US-China trade war — are struck by the ubiquity of one photograph. It is displayed on the walls of the reception, in the coffee shop and on cardboard prints handed out by Ren Zhengfei, the company’s founder and chief executive.

The grainy, black-and-white image shows a World War II Soviet warplane that has been so badly damaged by enemy fire that it has gaping holes in its wings and body. “I felt that it was quite like us. We are riddled with bullets from the US,” Mr Ren says. But the former soldier in the People’s Liberation Army is not seeking victim status.

His affinity with the photo derives from a different reason; in spite of its shot-up state, the plane did not crash and instead managed to fly home. Huawei is similar, argues the 74-year-old entrepreneur who founded the company with seed capital of just $5,000 in 1987. It will also manage to “fly home” in spite of all the flak hurled at it by the US administration of President Donald Trump.

At the weekend, Mr Trump called a partial ceasefire in those hostilities telling the G20 meeting in Osaka that US tech companies — banned from supplying Huawei since May — would be given a qualified go-ahead to restart sales of products “where there is no great national emergency problem”. This could mean they may be able to supply some of the chips, software and other components critical to the world’s largest telecoms equipment company.

Huawei v the US: Trump risks a tech cold war