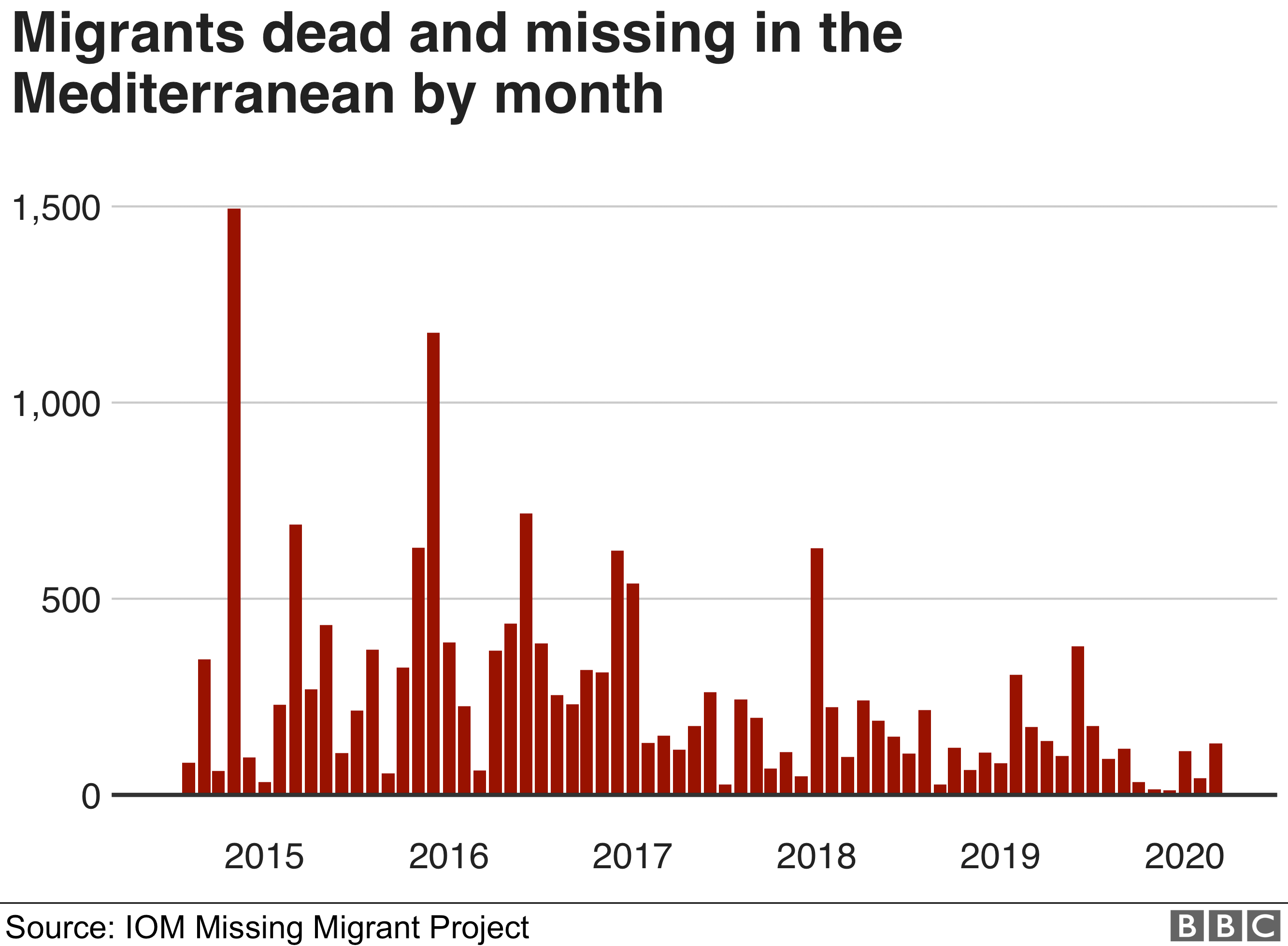 Five years since the 2015 migrant crisis, hundreds of people are still dying in the Mediterranean. The International Organization for Migration (IOM) estimates that 554 migrants have died so far this year.

The death toll for 2020 is far lower than the comparable figure for five years ago – 3,030 people are believed to have died between January and August 2015.

But people are still drowning regularly the Mediterranean as they try to reach Europe. Here are eight charts and maps on what has happened since 2015.

2015 saw a succession of crowded boats capsizing in the Mediterranean. The deadliest single month was April 2015 when nearly 1,500 people are thought to have lost their lives. About 800 drowned when a single boat capsized off the coast of Libya. Overcrowding was thought to have been one of the reasons for the disaster.

This year, of the 554 people estimated by the IOM to have died, the majority (395) were in the Central Mediterranean, sailing from the Tunisian and Libyan coast. The IOM estimates that 71 people have died in the Eastern Mediterranean and 83 in the Western Mediterranean. The location of five cases is yet to be reported.