LINK TO VIDEO AND MORE

All eyes are on Syria as the U.S. mulls next steps, Russia’s involvement intensifies, and tens of thousands of refugees continue to flee the war-torn country for Europe.

What is life like for those who are left behind?

Tonight on FRONTLINE, correspondent Martin Smith makes a dangerous journey Inside Assad’s Syria — giving a rare, up-close look at both the realities of everyday life for ordinary Syrians caught in the crisis, and the Assad regime’s efforts to hold onto power.

And you’ll meet ordinary people in the crosshairs of the deepening crisis, going about their lives while facing the threat of death on all sides.

Don’t miss Inside Assad’s Syria tonight, and tweet along with us using #InsideSyria.

Check your local PBS station for airtimes, or watch online starting at 10/9c. 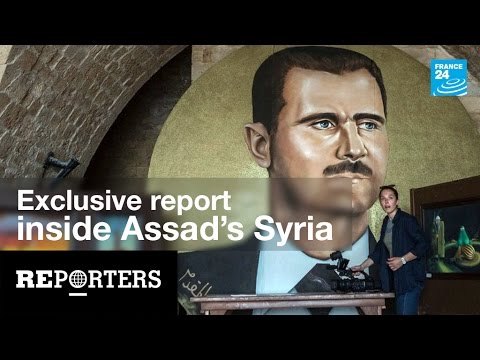