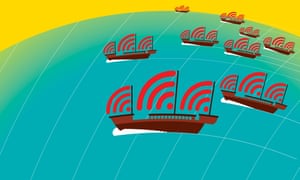 By Louisa Lim and Julia Bergin

Beijing is buying up media outlets and training scores of foreign journalists to ‘tell China’s story well’ – as part of a worldwide propaganda campaign of astonishing scope and ambition.

As they sifted through resumes, the team recruiting for the new London hub of China’s state-run broadcaster had an enviable problem: far, far too many candidates. Almost 6,000 people were applying for just 90 jobs “reporting the news from a Chinese perspective”. Even the simple task of reading through the heap of applications would take almost two months.

For western journalists, demoralised by endless budget cuts, China Global Television Network presents an enticing prospect, offering competitive salaries to work in state-of-the-art purpose-built studios in Chiswick, west London. CGTN – as the international arm of China Central Television (CCTV) was rebranded in 2016 – is the most high-profile component of China’s rapid media expansion across the world, whose goal, in the words of President Xi Jinping, is to “tell China’s story well”. In practice, telling China’s story well looks a lot like serving the ideological aims of the state.

For decades, Beijing’s approach to shaping its image has been defensive, reactive and largely aimed at a domestic audience. The most visible manifestation of these efforts was the literal disappearance of content inside China: foreign magazines with pages ripped out, or the BBC news flickering to black when it aired stories on sensitive issues such as Tibet, Taiwan or the Tiananmen killings of 1989. Beijing’s crude tools were domestic censorship, official complaints to news organisations’ headquarters and expelling correspondents from China.