If the Republican candidate is unfit for office, he’s unfit to receive classified information – unless he signs a non-disclosure agreement.

Now that the Republican and Democratic conventions are over, it’s time for a quaint American tradition to begin. If it hasn’t already, the U.S. intelligence community will soon reach out to the campaigns of the two major candidates to schedule intelligence briefings. In most years, the tradition draws scant attention. This isn’t, however, most years.

The notion of giving Donald Trump access to classified information seems, well, unwise. Sen. Harry Reid (D-Nev.) went so far as to suggest that Trump be given a fake briefing. For his part, the real estate tycoon has suggested Hillary Clinton should be the one denied a briefing, claiming that “she is a lose [sic] cannon with extraordinarily bad judgement & insticts [sic].”

It is worth asking why the intelligence community bothers at all with briefing candidates during the election. Candidates are usually pretty busy, what with trying to win an election to the country’s most powerful office. Given the challenge of scheduling a briefing in between campaign stops, often the first meeting won’t happen until well into September. In 2012, Mitt Romney did not receive his initial briefing until Sept. 17. (If that date is remembered as newsworthy today, it’s for the release by Mother Jones journalist David Corn of a little video showing Romney making an ill-chosen remark about 47 percent of Americans.)

The intelligence briefing tradition traces back to Harry Truman, who seems to have offered them to Adlai Stevenson and Dwight Eisenhower during the 1952 campaign in part because he had entered the Oval Office relatively ignorant of intelligence matters. Eisenhower initially declined Truman’s offer, though later changed his mind after press reports indicated that Stevenson had accepted the offer. For its part, the intelligence community looks at the briefing as a perk, an early opportunity to schmooze with the future leader of the free world.

It is also a perk for the candidates, who are given access to classified information without having to endure the indignity of applying for security clearance. And it’s a good thing, too, because I can’t imagine either Trump or Clinton getting one the way the rest of us might.

Fortunately for them, candidates are given classified information without undergoing a background check. The president “clears” any such check as soon as he or she is elected — classification is, after all, something the executive branch decides — but the tradition is to treat the nomination of a major party as the background check. (Sorry, Gary and Jill.)

While I’ve read about some officials indicating that most of the information in briefings is confidential or secret, I am not sure that’s quite right. After all, if you’ve followed the debate surrounding Clinton’s emails, you are probably aware that what the government defines as top secret can seem silly. And we actually know quite a lot about what past candidates have been told, thanks to a lovely book by John Helgerson called CIA Briefings of Presidential Candidates. 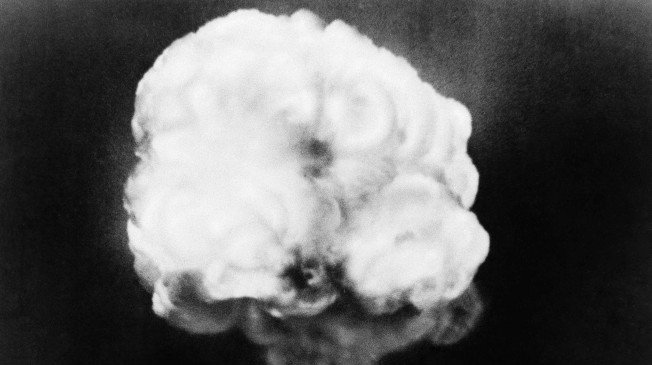