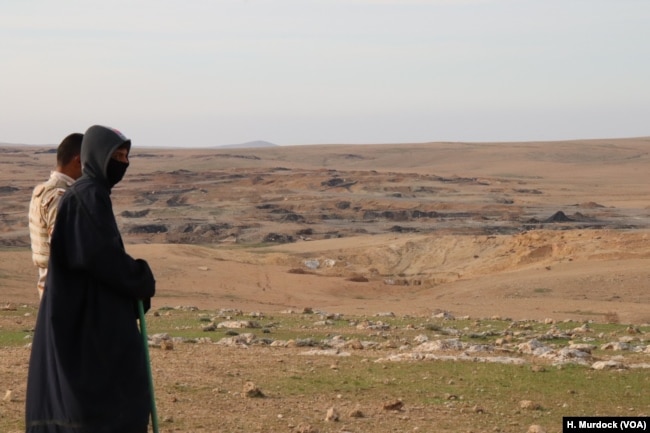 In the desert outside Mosul there is a giant sinkhole, once thought a natural wonder, with stories about it going back for generations.

There are believed to be as many as 10,000 or more bodies decomposing inside, unceremoniously dumped by Islamic State militants, after or during the killings.

And as Iraq marks the first anniversary of its victory over IS, this area is still strewn with so many bombs that authorities do not expect to recover those remains soon, if at all.