The respected broadcaster and naturalist, Sir David Attenborough, told the BBC recently that population growth was «out of control» – but one expert says the number of people on the planet could peak in 40 years. Who should we believe?

«The world’s population is increasing out of control,» Sir David told the BBC’s Today programme.

«Since I first started making programmes 60 years ago, the human population has tripled.»

Let’s take the second one first – that the world’s population has tripled in 60 years.

In 1950, around the time Sir David began his broadcasting career, there were 2.53 billion people in the world. Sixty-three years later and the latest estimate of world population is 7.16 billion.

The «out of control» claim is less easily measurable, but perhaps it could be interpreted as the idea that the population will continue to grow at the same rate, roughly tripling in 60 years.

If this happened, the world population would reach almost 40 billion people by the end of this century… MORE 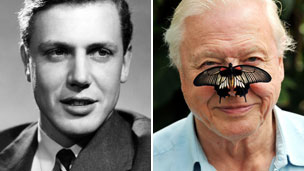 How the world’s populations are changing, in one map

It’s often said that demographics are destiny. While the futures of nations are guided by much more than population trends, these demographic forces can play an awfully significant role. Countries need to grow in order to stay healthy and successful, but not too quickly or they risk problems like political instability. Bigger populations can mean bigger economies (and bigger militaries), but only if the state can provide the necessary infrastructure and services. More people means more pressure on natural resources, but it can also mean more businesses, more exports, more tax revenue.

All of that makes the above map really important for how we think about the trajectories of nations and of the world. It shows current trends in population growth, based on data from a new United Nations Population Fund report. The blue countries are growing, with darker blue countries growing very rapidly. Purple countries are growing slowly or are about stagnant, with less than 1 percent population growth every year. Red countries are actually shrinking, typically because people are leaving and/or because they’re not having enough babies, and that can cause huge problems… MORE