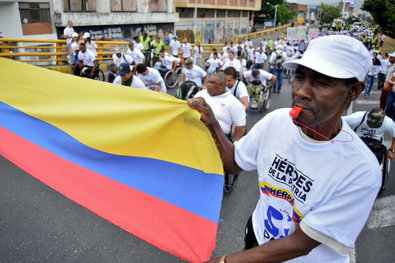 Late last month, the government of Colombiaand the nation’s largest guerrilla group, theRevolutionary Armed Forces of Colombia, or FARC, reached a tentative deal under which the militants promise to disarm and join the political system. With people celebrating the possible end of this 52-year-old civil war, that has left some 220,000 people dead and more than five million uprooted, is it correct to argue that the world is, on balance, becoming safer?

Unfortunately, in an era of social media, we hear far more about isolated instances of barbarism than about enduring signs of hope.

While there will always be extreme cases like the violence in Syria, today’s conflicts in general have lower levels of violence.

Wars Between States Are Down, but Civil Wars Are Up

Civil wars are no doubt the worst kind of conflict a country can ever experience.

According to the Numbers, It’s Still a Dangerous World

Grand-scale wars are less likely, but U.S. operations against terrorist networks and the fraught strategy of nation-building has gone terribly awry, at ruinous cost.