Areas hit in Gaza and Israel in air strikes and rocket attacks in the last eruption of violence, in Nov 2012. Israel’s offensive began with the killing of Ahmed Jabari, the leader of Hamas’s military wing, on 14 November. His assassination followed months of cross-border violence and mounting tensions. Fuente: BBCNews 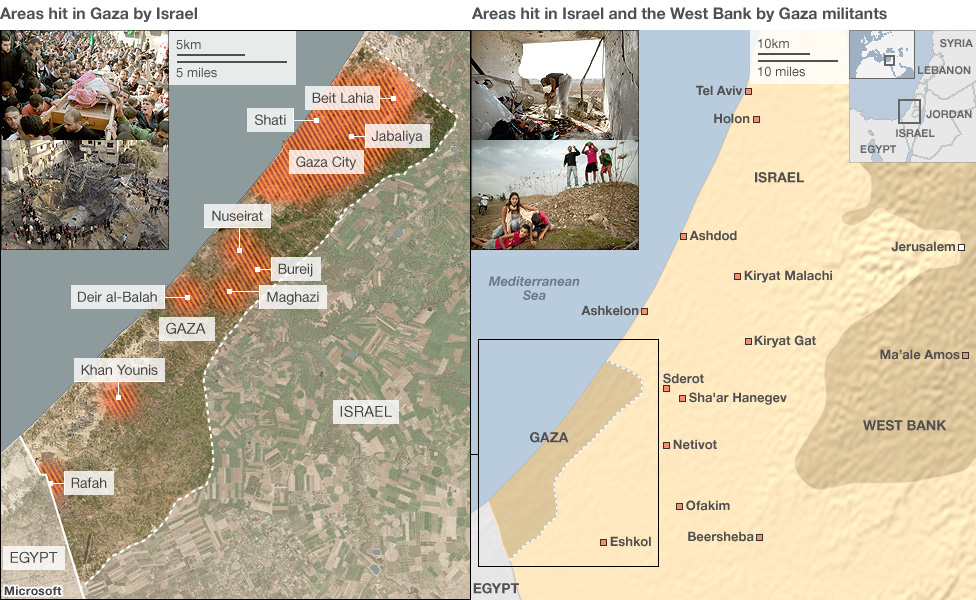 BBC analysis and more on the story