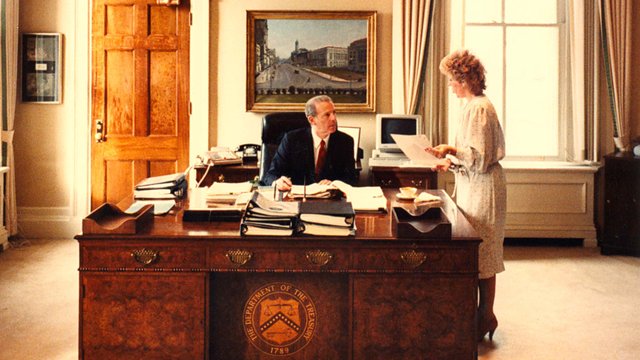 This 90-minute documentary, narrated by Tom Brokaw, tells the story of James A. Baker III, a remarkable politician and statesman who represents a time when a divided Congress got things done, and when presidents and politicians worked together. Baker, now 84, helped get three presidents elected, served in top posts for two of them, and was a central player in some of the most momentous events of the late 20th century.

Nothing in Baker’s early life suggested such a successful Washington career. He was a 40-year-old Houston lawyer who had never worked a day in government when his good friend and tennis partner, George H. W. Bush, recommended him to President Gerald Ford. Within 18 months Baker had become the chair of Ford’s 1976 presidential campaign. It was a meteoric rise — and Baker was just at the beginning of a public service career that would literally change history.

Preview
Watch the behind-the-scenes story of power and diplomacy at the highest levels.