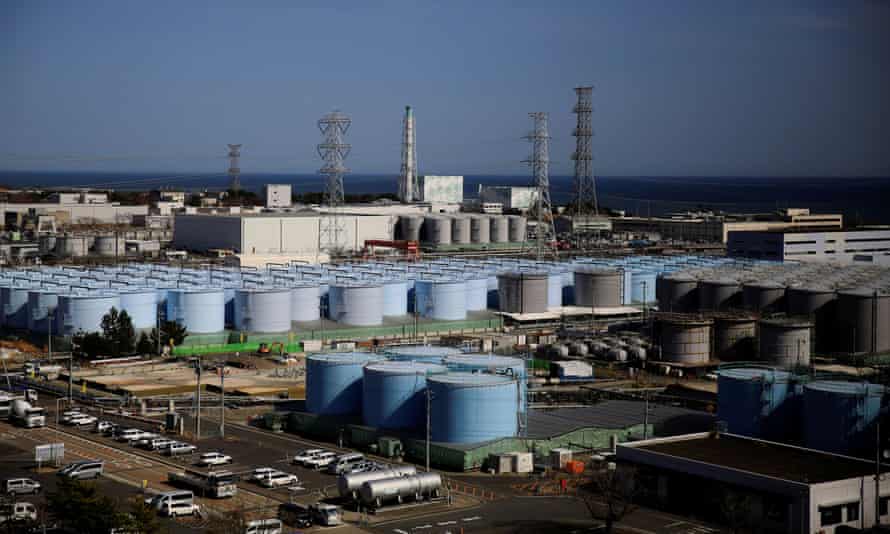 Japan has announced it will release more than 1m tonnes of contaminated water from the wrecked Fukushima nuclear power plant into the sea, a decision that has angered neighbouring countries, including China, and local fishers.

Official confirmation of the move, which came more than a decade after the nuclear disaster, will deal a further blow to the fishing industry in Fukushima, which has opposed the measure for years.

The prime minister, Yoshihide Suga, told a meeting of ministers on Tuesday that the government had decided that releasing the water into the Pacific Ocean was the “most realistic” option, and “unavoidable in order to achieve Fukushima’s recovery”.

The plant’s operator, Tokyo Electric Power [Tepco], and government officials say tritium, a radioactive material that is not harmful in small amounts, cannot be removed from the water, but other radionuclides can be reduced to levels allowed for release.

“The Japanese government has compiled basic policies to release the processed water into the ocean, after ensuring the safety levels of the water … and while the government takes measures to prevent reputational damage,” Suga told reporters.

Nuclear Power in the World Today

Nuclear Power Reactors in the World