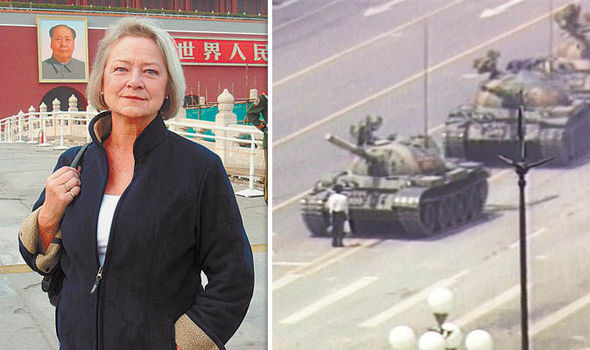 VETERAN news reporter Kate Adie was grazed by a bullet as she ran through Tiananmen Square at the height of the protests in 1989.

In a powerful documentary to be screened exactly 29 years after the Chinese massacre, the Bafta-winning reporter, 72, reveals how she narrowly escaped being shot as the army fired on thousands of demonstrating students.

Ms Adie and her cameraman describe how, on June 4, 1989, they ran from the violence with their news cassettes as gathering crowds chanted, «Tell the world, tell the world».

They were among the first to report on the true horror of the unfolding tragedy in Beijing.

Ms Adie’s evidence made for one of the most important and distressing reports ever filed during her years as the BBC’s chief news correspondent.