Foreign Policy: Mapped: The Islamic State’s Territorial Losses and the Beginning of a… 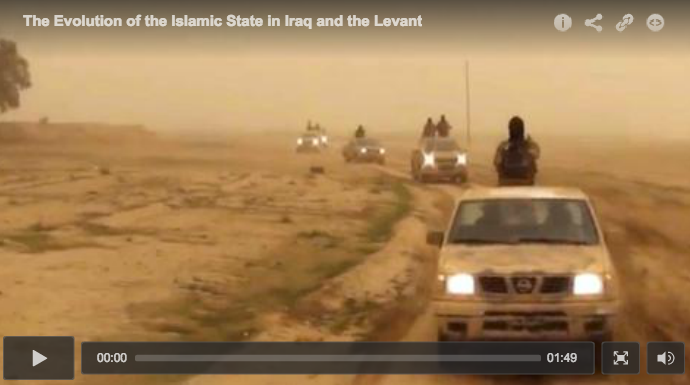 Watch «The Evolution of the Islamic State in Iraq and the Levant» https://www.youtube.com/watch?v=rPIgfBqQSCI?utm_source=twitter&utm_medium=official&utm_campaign=link …

Everyone loves maps, and FP’s Elias Groll delivers in a post studying several maps of the battlefield in Iraq and Syria, showing where Kurdish forces have pushed Islamic State fighters out of territory they had previously captured — and why this is making the Turks, and some Syrian Arabs, nervous.

The AP has a terrifying look at the Islamic State’s «Inghemasiyoun,» Arabic for «those who immerse themselves.» They’re the ones who serve as the jihadi group’s shock troops, plunging headlong into battle strapped with suicide vests, having pledged to fight to the death.