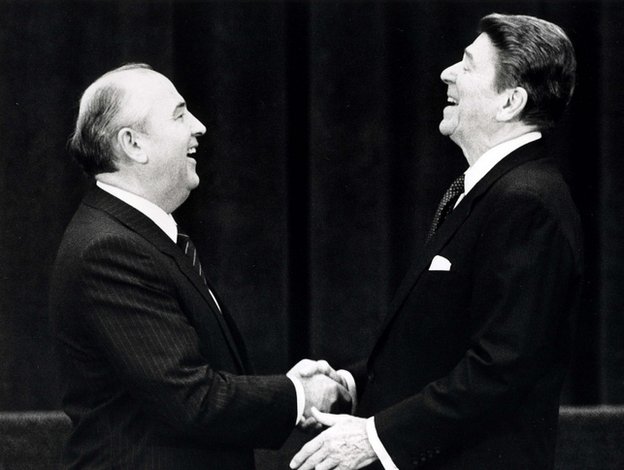 The tension in relations between Russia and the West is at a more dangerous level today than at any time since the first Reagan administration (1980-84).

So it is worth recalling a period (largely overlapping with the second Reagan administration) when Russia was becoming a freer country by the month.

It was a death in Moscow 30 years ago today – 10 March 1985 – that opened the door to domestic reform and to dramatic change in the political map of Europe.

Konstantin Chernenko, the 73-year-old conservative Communist leader of the Soviet Union, died, and the number two man in the Soviet hierarchy, Mikhail Gorbachev, promptly convened a meeting of the Politburo, the Communist Party’s ruling body.