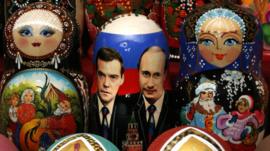 Over successive terms as president and prime minister he has overseen an economic boom, military expansion and the re-establishment of Russia as a major power.

Living standards for most Russians improved, and a renewed sense of stability and national pride emerged. But the price, many say, was the erosion of Russia’s fledgling democracy.

How has life changed for ordinary Russians during this time?