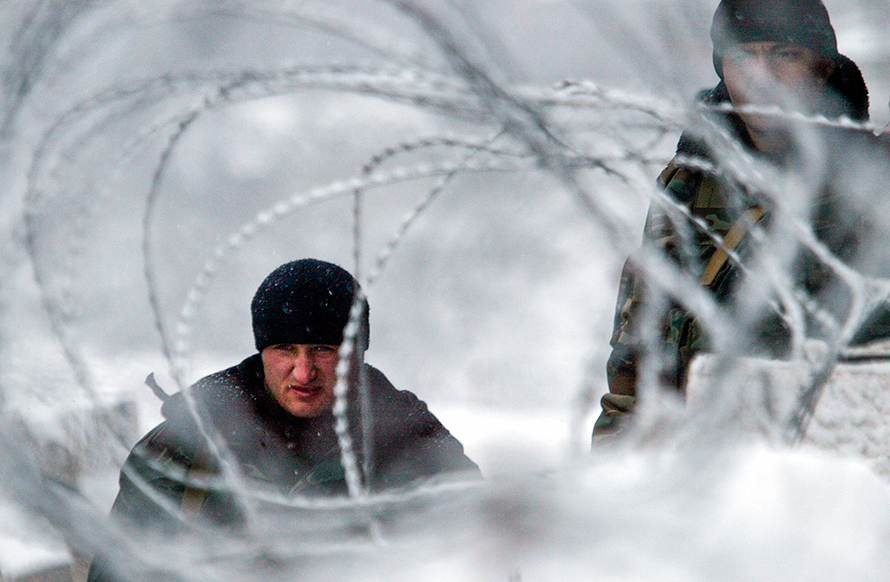 Do you remember when western Europe hoped that one day Russia would join it, so that Europe would stretch from the Atlantic coast to the Urals? The Russians do, but they’re trying to forget it.

The long wait in an antechamber of Russia’s upper chamber, the Federation Council, to see senator Aleksey Pushkov was a reminder of the current frosty state of relations between Russia and Europe. Pushkov, presenter of the political programme Postscriptum on the Moscow television channel TV Centre and a former president of the Duma’s foreign affairs committee, is considered one of the most fervent defenders of Vladimir Putin’s foreign policy, and has been banned from entering the US, the UK and Canada since the Ukrainian crisis of 2014. He distrusts western journalists and told me in perfect French: ‘If you’re going to cherry-pick a couple of quotations, you’ve only got 15 minutes.’ He gave me 90.

Much has changed since he was speechwriter to the USSR’s last president, Mikhail Gorbachev. In retrospect, he thinks his old mentor — ‘only a specialist in agricultural issues when he came to power’ — was naive. The path Pushkov has taken mirrors Russia’s: Gorbachev hoped to see his country return to the great family of European nations, in the occidentalist tradition which, since the time of Peter the Great (1682-1725), has tried to bring Russia into step with Europe, while Slavophiles wanted Russia to pursue its own course. In the late 1980s occidentalism became more general, seeking the advent of an international order that no longer thought in blocs. Russia’s behaviour today is hard to understand without going back to the failure of that European dream.

Gorbachev, on his first foreign trip in 1985 as secretary general of the Communist Party of the Soviet Union, put forward in Paris his idea of a ‘common European home’, and aimed his message at Western European leaders. Doing this in Paris was deliberate: Charles de Gaulle had supported the idea of a Europe that extended from the Atlantic to the Urals, a Europe of nations, free of all tutelage, in which Russia would abandon communism, which De Gaulle thought a temporary aberration. The Russians did not take the idea seriously at the time: the USSR was keen to maintain a divided Europe, especially a divided Germany, a manifestation of its presence at the heart of the continent.

The ‘common European home’ slogan was also intended to encourage the Europeans to decouple to some extent from the US and push it to negotiate. The USSR urgently needed to halt the arms race, as military expenditure considerably strained its budget. Maintaining strategic parity, which guaranteed peaceful coexistence, remained a balancing act. The world twice came close to annihilation in 1983: in September Stanislav Petrov, an officer with the Soviet Air Defence Forces near Moscow, correctly identified a nuclear missile attack warning as a false alarm; and in November the Soviets misinterpreted NATO’s Able Anchor 83 exercises as a military deception to prepare for a genuine nuclear attack. Pushkov recalled: ‘Scientists had just come up with the terrifying concept of nuclear winter. I was one of those who wanted to end the cold war.’ In a first, awkward meeting in Geneva in November 1985, Gorbachev and US president Ronald Reagan agreed on the principle that nuclear war was unwinnable and should never be allowed to happen.

Europe will no longer be as we have known it for more than half a century. Until recently dependent on two superpowers, it will, like a homecoming, return to its history and geography –François Mitterrand

At the Reykjavik summit in October 1986 Gorbachev boldly proposed to eliminate 50% of nuclear weapons within five years and the remainder within a further five. Reagan agreed, but insisted on a free hand for his Strategic Defence Initiative (SDI), a space shield programme that the Soviets viewed as a quest for military superiority likely to restart the arms race. SDI never happened. To bridge the gulf of mistrust, Gorbachev offered unilateral concessions. The Intermediate-Range Nuclear Forces Treaty of December 1987 agreed to the elimination of 1,846 Soviet missiles, more than twice the number of US missiles.

In 1988, with the Soviet bloc’s internal problems building pressure, the ‘common European home’ gained a strategic dimension. Gorbachev believed the only way to avoid domestic economic collapse was to allow more private property ownership and elements of the market into the centrally planned system. Calls for democracy in Eastern Europe strengthened his conviction: opening up politically accorded with the direction of history. With ideological confrontation set aside, the objective would no longer be bloc-to-bloc cooperation, but the dissolution of those blocs in an enlarged Europe founded on shared values: freedom, human rights, democracy and sovereignty. At the time, Russian diplomat Vladimir Lukin called it ‘a return to Europe … the civilisation on whose periphery we have long remained.’

Alexander Samarin, senior adviser at the Russian embassy in Paris, points out that his country has been a member of the World Trade Organisation (WTO) since 2012 and is now ‘capitalist’ and ‘opposed to protectionism.’ He said, looking back: ‘The system had run out of steam and we had to ditch communism, without a doubt.’ A retired diplomat who did not wish to be named told me: ‘Everyone felt we were in an impasse but no one saw the need for unilateral concessions.’