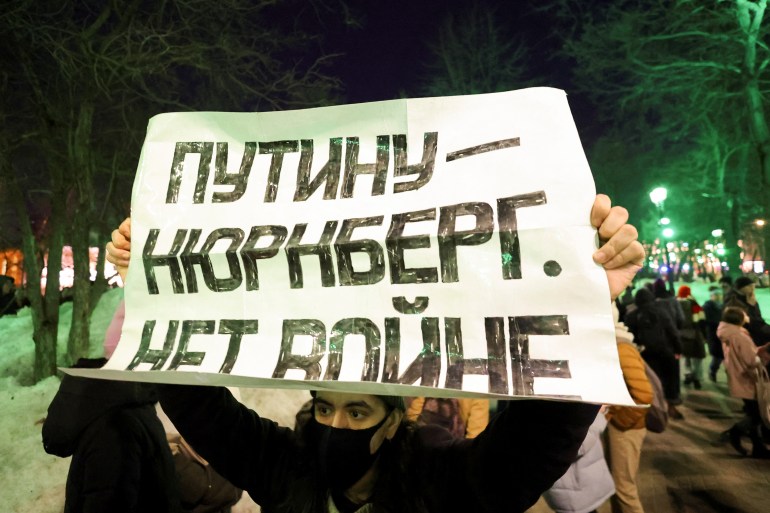 Russia’s communications regulator has ordered media outlets in the country to remove reports describing the continuing attack on Ukraine as an “assault, invasion, or declaration of war” – or face being blocked and fined.

In a statement on Saturday, Roskomnadzor accused several independent media outlets of spreading “unreliable socially significant untrue information” about the shelling of Ukrainian cities by the Russian army and civilian deaths.

Citing a request from the Prosecutor-General’s Office, the regulator said media outlets, including independent television channel Dozhd, will be blocked unless they remove the “unreliable information”.

“Roskomnadzor also launched an administrative investigation into the dissemination of unreliable publicly significant information by the above-mentioned media,” the watchdog said, adding that the offence is punishable by a fine of up to five million rubles ($60,000).

Russia launched its full-scale invasion in the early hours of Thursday, calling it a “special military operation” aimed at defending Russia-backed separatists in the east and demilitarising and “de-Nazifying” Ukraine. Russian troops on Saturday pressed towards Ukraine’s capital, Kyiv, after a night of explosions and street fighting that sent residents seeking shelter underground.