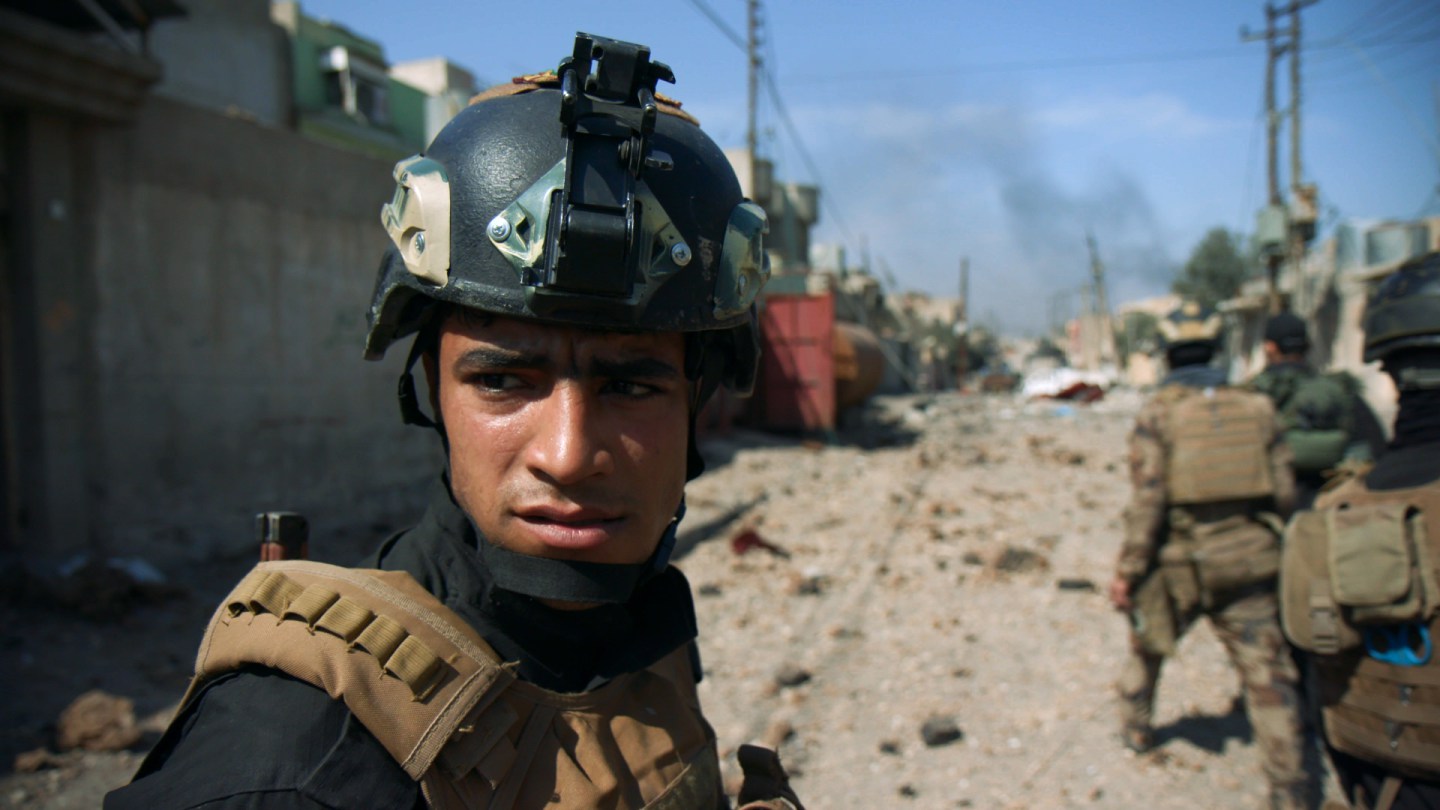 Described by some military commanders as the deadliest urban combat since World War II, the battle to drive ISIS out of Mosul was brutal and grueling. Shot over the course of the nine-month battle, “Mosul” follows four young Iraqi soldiers tasked with leading the fight. Also in this two-part hour: “Inside Yemen.”

“The Toughest Battle I’ve Ever Covered”: A Q&A With “Mosul” Director Olivier Sarbil

Even After ISIS, Iraqis Face a Deadly Threat: Hidden Explosives

WATCH: “There’s an ISIS Fighter in This House”