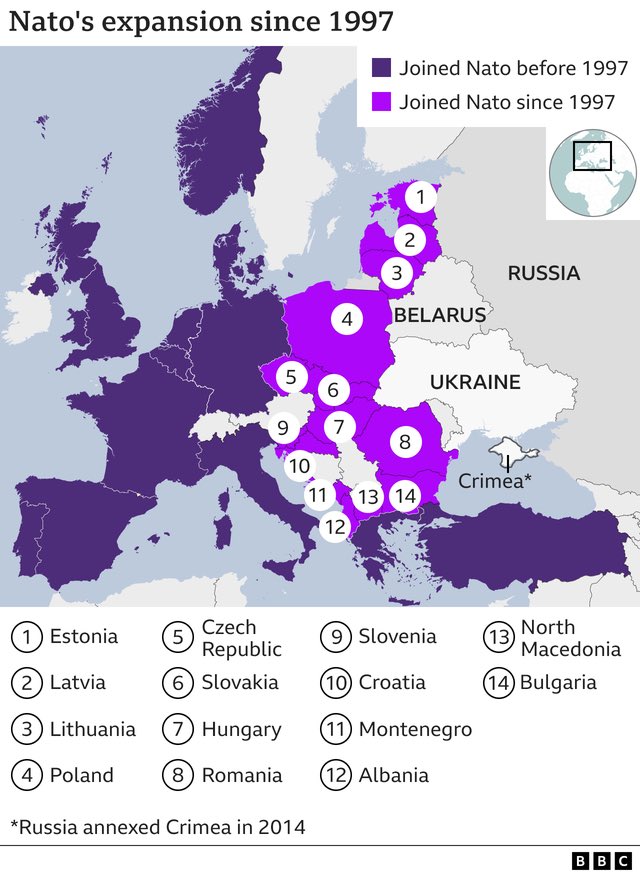 I’ve been annoyed some time now about the really offensive stupidity of the arguments that NATO is somehow to blame for Russia’s invasion of Ukraine. So, I’m going to post a thread. I hope that @anneapplebaumwill read. FYI, Mearsheimer and Walt both served on my Ph.D. committee.

BrunoDellaSala@BrunoDellaSala
En respuesta a @hgoemans
Another addition to this: according to Mearsheimer’s theory, could the US/NATO/EU or even Ukraine act differently? Does the security dilemma work only for Russia? Wasn’t EVERY concession always a bad idea?