A study by Greenpeace has shown what could happen if Germany were attacked with nuclear weapons. According to a simulation, around 145,000 people would die instantly were a small nuclear bomb to strike Berlin.

A nuclear attack on Germany’s biggest cities would kill hundreds of thousands of people instantly, according to data from a Greenpeace study shared Wednesday by news agency dpa. Tens of thousands more would be plagued by long-term illnesses such as cancer.

The figures are the results of a «Nukemap,» a software simulation conducted by physicist Oda Becker on behalf of the environmental group, which calculates the aftermath of nuclear bomb attacks on certain areas in Germany.

Greenpeace commissioned the study in order to advance the «necessary discussion of a world free of nuclear weapons,» it said.

Thursday marks the 75th anniversary of the date the US dropped a nuclear bomb over the Japanese city of Hiroshima during World War II, instantly killing over 70,000 people. It was the first nuclear weapon ever used in warfare.

The trees that survived the bombing of Hiroshima
How a message of hope and peace is being spread by trees bbc.co.uk
12:19 PM · Aug 4, 2020

75 years of nuclear terror
The decades since Hiroshima and Nagasaki might also be called the ‘Age of Nuclear Peace’ — no world wars.
thehill.com 1:14 AM · Aug 4, 2020

Can we “ban the bomb” worldwide? No. And #nuclear weapons cannot be uninvented. Our best hope is to invent a better military technology — space-based missile defenses — to make nuclear weapons obsolete and the world much safer 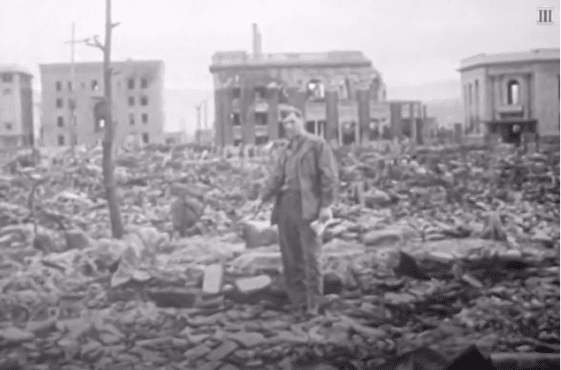 Why the atomic bombing of Hiroshima would be illegal today -By Katherine E. McKinney, Scott D. Sagan, Allen S. Weiner (The Bulletin of Atomic Scientists)

The Racist Foundation of Nuclear Architecture
On the 75th anniversary of Hiroshima, it is increasingly clear that white supremacy sustains the U.S. nuclear arsenal, while the country’s approach to nuclear weapons reinforces racism at home.

Felipe Sahagún@sahagunfelipe
Three lists—places for launching a first strike, for testing its bombs and the list of countries that the US condemns for their aspiration to acquire nuclear weapons— help to make the racial underpinnings of the nuclear architecture unmistakable. bostonreview.net

Memorial Days: the racial underpinnings of the Hiroshima and Nagasaki bombings

What Europeans believe about Hiroshima and Nagasaki—and why it matters

Counting the dead at Hiroshima and Nagasaki

Reuters Graphic: In a flash, a changed world – Remembering Hiroshima