Across arc of conflict, ‘Obama Doctrine’ shows signs of failure

In Syria, U.S.-trained rebels surrender supplies and ammunition to al Qaeda-linked insurgents. In Iraq, the battle by American-backed government forces against Islamic State is at a stalemate. In Afghanistan, the Taliban seize a provincial capital for the first time since their ouster in 2001.

Less than a year and a half after President Barack Obama used a West Point speech to lay out a strategy for relying on local partners instead of large-scale U.S. military deployments abroad, there is mounting evidence that the so-called “Obama Doctrine” may be failing.

Despite the U.S. investment of at least an estimated $90 billion in these counter-terrorism efforts, Obama has found few reliable allies to carry the load on the battlefield – and he seems to have few good options to fix the situation.

Obama also appears hemmed in by his deep aversion to seeing America drawn back into unpopular Middle East wars after pulling U.S. forces out of Iraq in 2011.

Russia’s sudden moves to seize the initiative in the Syria and Iraq crises in recent weeks have stunned U.S. officials and laid bare the erosion of Washington’s influence in the region.

Faced by the mounting setbacks, Obama will probably only make modest changes in strategy, according to current and former U.S. officials. That strongly suggests that Obama will leave some of the world’s most intractable conflicts to his successor when he leaves office in January 2017.

“Things aren’t looking good in these places and they’re not getting get much better anytime soon,” said Douglas Ollivant, former senior U.S. National Security Council official on Iraq for Obama and his predecessor George W. Bush.

“That’s the problem of working through partners. They’re not always capable.”

Options could include stepping up support for Kurdish fighters in Syria, cooperation with Russia to seek an end to the conflict there, and a slowdown of the planned U.S. withdrawal from Afghanistan. The administration is also weighing a proposal to scale back its failed $580 million programme to train Syrian rebels to battle Islamic State, U.S. officials said. 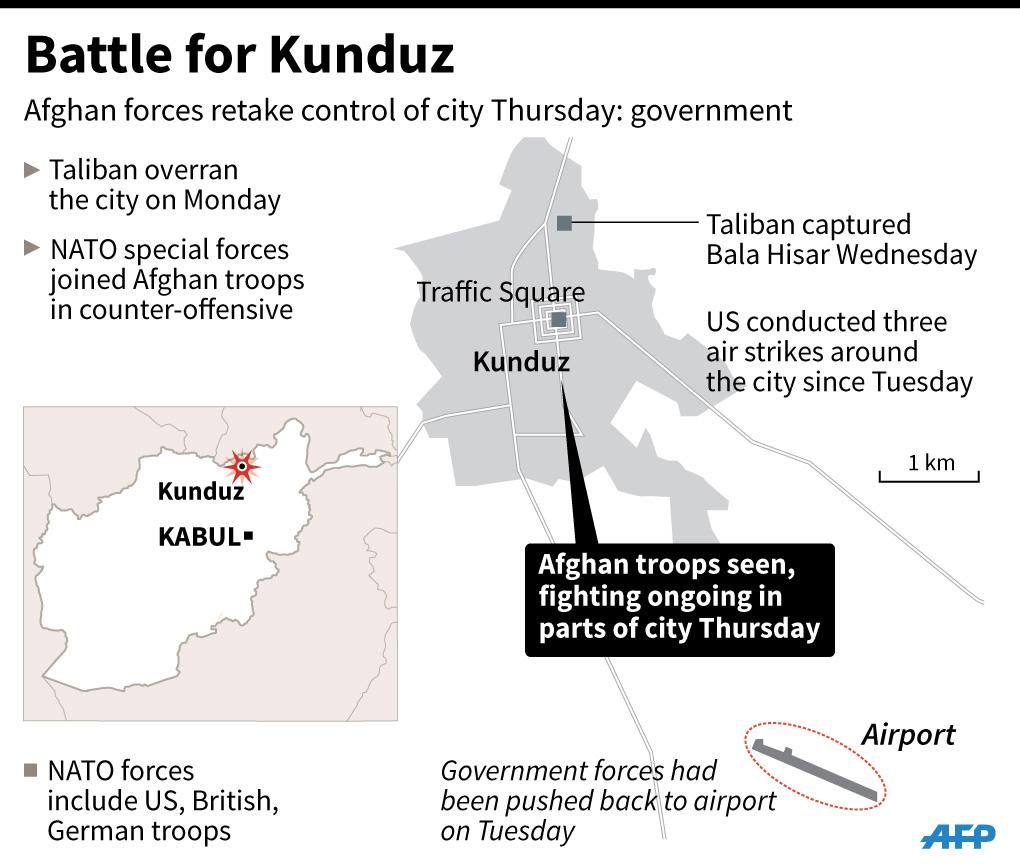 The battle for Kunduz

KABUL – Afghan officials say government troops have recaptured much of the strategic northern city of Kunduz from Taliban insurgents, three days after losing the provincial capital in an embarrassing defeat for Kabul and its U.S. allies.