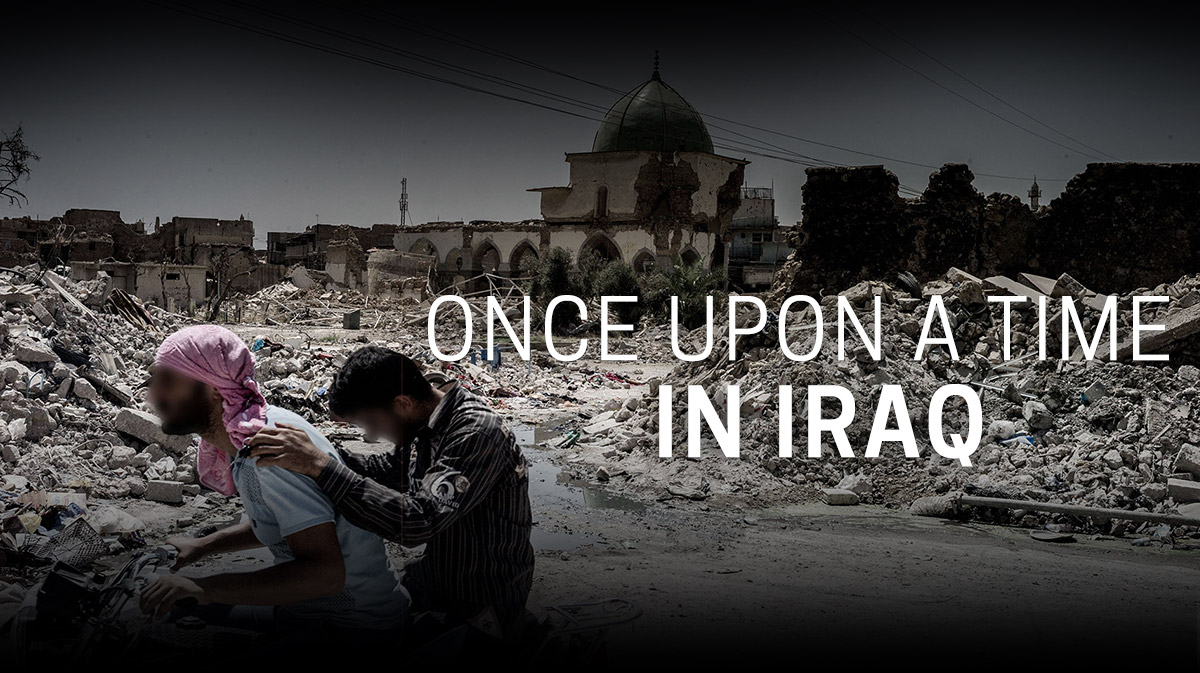 This is the story of the Iraq war, told by Iraqis who lived through it. They share their personal accounts and lasting memories of life under Saddam Hussein, the U.S.-led invasion of their country and the 17 years of chaos that followed — from the sectarian violence to the rise and brutal reign of ISIS.

For the people of Iraq, the fallout from the U.S.-led invasion in 2003 continues to this day, sometimes in unexpected — and violent — ways. That is the message that the Iraqis featured in FRONTLINE’s Once Upon a Time in Iraq emphasize time and again. The documentary recounts their stories of life under Saddam Hussein, the war, the occupation, and the years of chaos that followed — from sudden explosions during the days of sectarian violence, to mass killing under the brutal reign of ISIS.

Some of them shared what has happened in their lives and in Iraq since they filmed with FRONTLINE.