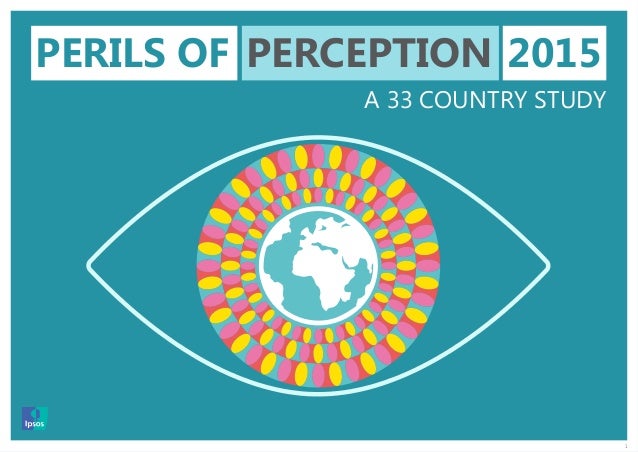 The full Ipsos “Index of Ignorance” is given in the table below. Mexico and India receive the dubious honour of being the most inaccurate in their perceptions on these issues, while South Koreans are the most accurate, followed by the Irish. There are some regional patterns in this table – for example Latin American countries tend to be more inaccurate, European and Americans more accurate – but this hides individual differences, and is not the whole story. New Zealand is the least accurate of the developed countries (in the top five most ignorant), while China is in the top 5 most accurate.

Perceptions are not reality: what the world gets wrong

By Bobby Duffy and  James Stannard

Ipsos MORI’s latest version of the Perils of Perception survey highlights how wrong the public across 33 countries are about some key issues and features of the population in their country.

In Great Britain we get a lot of things very wrong …

But Britain is far from the worst in identifying realities about our country – in fact we come mid-table in our “Index of Ignorance”. Looking across the 33 countries included, many are even more wrong …