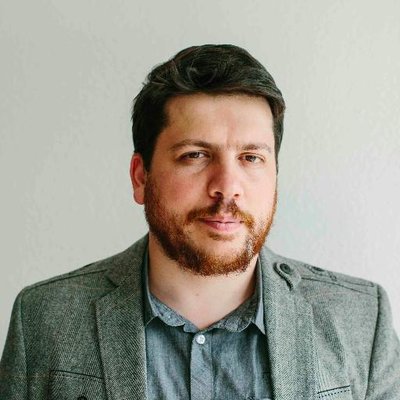 Putin’s next (and final) battle

A long thread about what, in my opinion, is Putin’s strategy right now, and the last gamble he is making to break Ukraine’s resistance.

As we remember, XXI century warfare consists of more than just field battles. On the battlefield, Putin’s army has shown everything it can do. And it didn’t impress. The only tactic Russia now has left at its disposal is the scorched earth tactic, based on artillery superiority

An AFU fortified area gets subjected to destructive shelling. Then Russian MoD sends in «Wagnerians» or «DPR militia», whom they do not consider people and do not include in casualty count; if there is return fire, they retreat and the shelling continues until AFU has to leave.

This approach allows them to slowly advance and avoid significant losses in the regular army (which had lost 30-50% of its personnel in the first months of the war), but now the HIMARS are dramatically changing the balance of power, leveling Russia’s artillery superiority.

That’s why Putin now eagerly craves a ceasefire. Not only to draw up reserves and give the troops a breather (which Ukraine will do as well), but primarily to secure the status quo.

A truce would mean drawing a demarcation line on the map, which would determine political reality for years to come — there’s nothing more permanent than the temporary. And once this truce is established, the «bad peace is better than good war» party will win in Europe.

Politicians will tell the voters the good news: we’ve managed to stop the war and the flow of refugees, fuel prices are going down. These immediate consequences of the truce will be immediately capitalized by European politicians and turned into votes in the coming elections

As for the deferred consequences, the fact that Putin won’t go anywhere, and will once again gather strength and anger for the next deadly and bloody attack in a few years…

…vast areas of Ukraine will remain under occupation, millions of their inhabitants will be displaced, and the evil will stay unpunished… Well, in case of a conflict freeze, all that will be left for future generations of politicians to deal with, right?

Right now Ukraine enjoys considerable (albeit insufficient and not unconditional) support from the West. But if a «bad peace» prevails, the situation will change radically. Resuming hostilities when European voters have already breathed a sigh of relief that the war is over…

… will be infinitely more difficult politically. An attempt to de-occupy Kherson or Izium will be perceived very differently by Western society. «Everything has just calmed down, and now they’re shooting again,» is what many European voters will be thinking.

I’m sure they understand all this well in Kyiv; but so do they in Moscow. Putin’s next big gamble in the Ukrainian war is a special operation to force a cease-fire, which would formalize the annexation, providing a several-year pause to prepare for the next phase of the war.

So how is Putin planning to achieve the truce he so desperately needs?

We saw it already in June: blackmail. Putin understands that Ukraine will not agree to any kind of truce. Public opinion in Ukraine absolutely unambiguously demands that Zelenskyy continue to fight

Ukraine’s Achilles’ heel is its dependence on the West. The war has destroyed much of its economy, and there’s nothing left to fight with apart from Western armament. Kyiv can’t cope without European support right now – and this creates opportunities for blackmail.

Putin’s message in June was simple: «Dear Scholz, Macron, Draghi, it’s either you force Zelenskyy to accept peace or I starve North Africa, you get millions of new refugees in Europe, and your governments get taken over by right-wing radicals (which I’ll finance myself)»

It was convincing, but it didn’t help. When European leaders went to Kyiv in June, many wrote: «They’re coming to press Zelensky into concessions». They also had a powerful lever in their hands in the form of the EU candidate status.

The experts were wrong to think ill of the European leaders, however – Putin’s hunger blackmail did not work, values and principles prevailed.

But as we know, Putin has two allies. And since General Hunger failed, Field Marshal Cold will now be sent to the front lines.

If Putin has learned one thing during his 22 years in power, that’s the thing: if you cannot deal with Western politicians directly, you need to work with their electorate. They depend on public opinion too (and this is their strength, which Putin considers a weakness).

Winter is coming. This makes it possible to play the gas card with maximum efficiency in the coming months. This is what Putin will do — he will try to scare the Europeans with the prospect of freezing to death in their homes this winter.

To do this, he will use all the agents and resources he has accumulated over the years: corrupt politicians and journalists, marginal parties and «experts» who will say profoundly: «Of course we pity Ukraine, but we have to do what Putin wants so that Europe doesn’t freeze…»

What can we do about it all?

But this is the necessary price of the past eight years of indifference and inaction. We must get through this winter: if we give in now and cave in to Putin’s conditions, then in 6-8 years Europe will almost certainly face another winter, the nuclear one.

Serious military achievements are needed not only in and of themselves, but also to handle the public opinion in Europe: to make the public believe in the possibility of a Ukrainian victory and be ready to grit their teeth and endure.

These will probably be the most difficult 2-3 months, but then Putin will lose. He has already lost, of course, but it is now necessary to crush him, not to let him crawl away. To withstand his final blow.