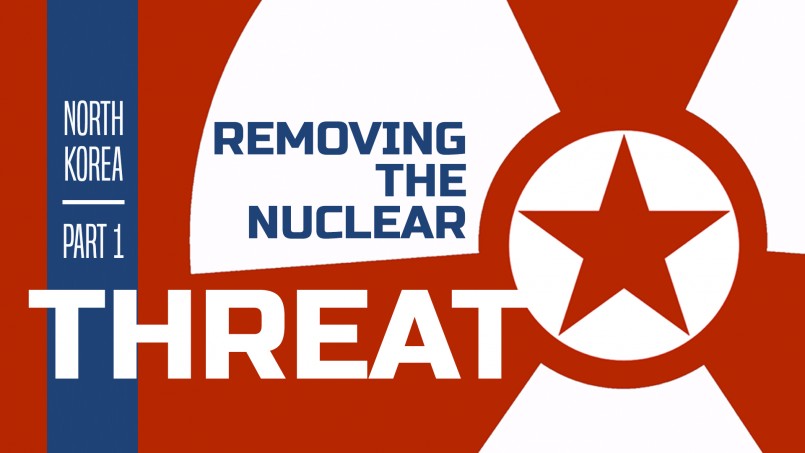 Editor’s Note: This is the first installment of a five-part series that originally ran in May 2016. It examines the measures that could be taken to inhibit North Korea’s nuclear weapons program. The purpose of this series is not to consider political rhetoric or noninvasive means of coercion such as sanctions. Rather, we are exploring the military options, however remote, that are open to the United States and its allies, along with the expected retaliatory response from Pyongyang.

Few countries intrigue and perplex like the Democratic People’s Republic of Korea. Isolated by choice from the ebbs and flows of the international system, North Korea is an island of its own making. It is often painted as a weak, fearsome lunatic with delusions of grandeur and aspirations to become a nuclear power, but the truth is a little more complicated. Despite outward appearances, Pyongyang is not reckless in its ambition. Nor does it foolhardily invite destruction. It walks a fine line, hoping to quietly attain a credible nuclear deterrent without inciting world powers to take decisive action.

Deterrence has always been a part of North Korea’s survival strategy. Pyongyang’s calculated disarray is primarily for the benefit of potential aggressors, advising caution should provocation lead to a disproportionate response. Thriving on contradiction, Pyongyang simultaneously depicts itself as fragile to the point of collapse yet immeasurably strong. This act has served the Kim dynasty well, gaining concessions from major powers that normally would not have been afforded.

North Korea has a good read on the world’s inability and unwillingness to respond, not only because of upcoming U.S. elections but also because of the risk of pre-emption: Pyongyang’s conventional deterrent raises the cost of intervention far higher than it is at most other places. The window for a military option to stem Pyongyang’s nuclear program is closing, but that does not necessarily mean a strike is more likely now than before. Still, the balance is delicate, and should Pyongyang overplay its hand, the repercussions could be catastrophic.

North Korea’s biggest fear is to be coerced into a position of subservience, having to prostrate itself before China (its primary benefactor) or another powerful country. Its carefully curated image of aggressive unpredictability is intended to preserve its authoritarian and regulated society and, as a result, its isolation. The North is unlikely to expose itself to the international community unless it can guarantee two things: the primacy and security of its leaders, and an effective military deterrent. And there are few deterrents as effective as nuclear weapons. Pyongyang’s unswerving progress toward developing a nuclear capability reflects the singular obsession with which it chases its goals and why the West takes its threats seriously.

Part 1: Assessing the North Korean Hazard
Part 2: Derailing a Nuclear Program by Force
Part 3: What the U.S. Would Use to Strike North Korea
Part 4: How North Korea Would Retaliate
Part 5: The Cost of Intervention