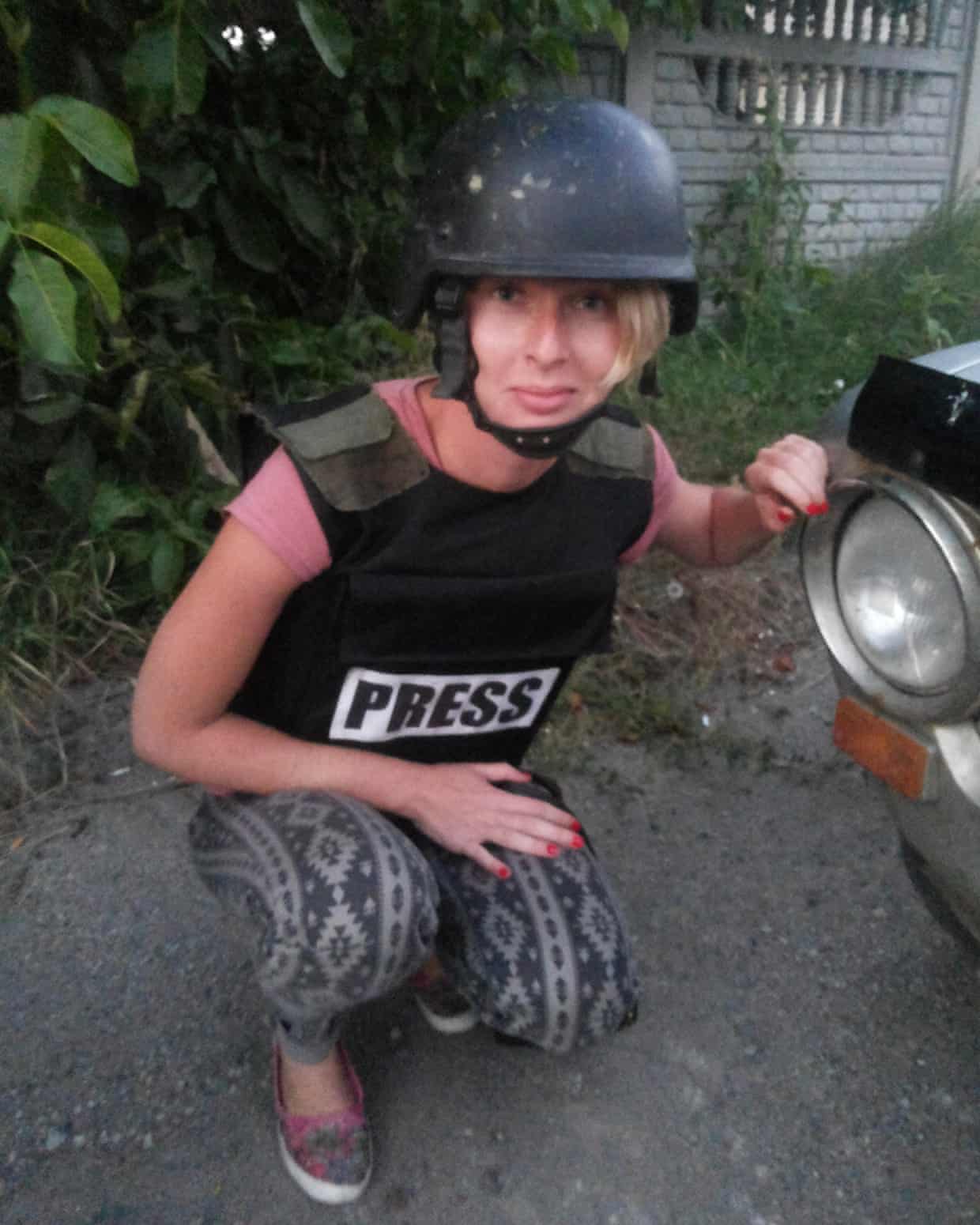 When I started working as a journalist in my native city of Donetsk I never imagined that war would come to town, until the day it did.

In the spring of 2014 tanks and pro-Russia separatists showed up on the streets of the city, which was quickly turned into the capital of the self-proclaimed Donetsk People’s Republic (DPR).

I was a news editor at Donbass, the largest newspaper and website in the city and responsible for a dozen reporters covering local news. We reported on the governor’s weekly press conferences, the construction of a new hockey arena, several scandalous crimes a year – that was our journalistic routine. It felt like nothing unexpected could happen.

Then it did. Within days my neighbourhood had become a battlefield between the separatists and the national army and my newspaper was forced to suspend its activities, but this was an international news story so I was offered work as a fixer, then as a reporter for the New York Times.

My office dresses were replaced by a flak jacket and helmet. I saw people fighting, surviving – and dying. My colleagues and I often found ourselves under fire.

I quickly came to realise that the biggest challenge for journalists was not the physical danger, but the moral and emotional dilemmas posed by covering events in your homeland.