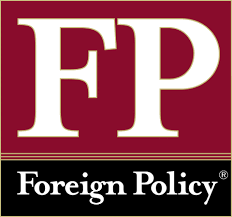 On May 15 2013, Foreign Policy posted an excellent series of texts on Waltz, one of the world’s most influencial scholars of international relations, who had died  3  days before at the age of 88. His books Man, the State, and War and Theory of International Politics are classics in the field, and his influence on students, colleagues, and policymakers was profound. Waltz was a theorist who also delved into the most contentious debates in U.S. foreign policy, opposing the wars in Vietnam and Iraq and earning himself a reputation as a realist far outside the confines of the ivory tower.

As Stephen Walt noted in FP last week, «Ken showed that you could be a theorist and a social scientist without joining the ‘cult of irrelevance’ that afflicts so much of academia.» To take a closer look at Professor Waltz’s career, FP has assembled this collection of short essays on his contributions to political science and beyond.

Richard K. Betts: Ever the realist

Kenneth Waltz and His Legacy

The Man and The State of War
Robert Art and Robert Jervis
May 22, 2013

Close to midnight on May 12, at the age of almost 89, Kenneth Waltz passed away. He was lucid until a just a few hours before the end — mentally sharp and clear-eyed as ever, fully engaged intellectually in international politics (he always insisted on calling the field that, as opposed to “international relations”), worried about what he saw as America’s overextension, and insisting, as always, on the need to be wary about the use of U.S. military power.

Ken was the leading realist theorist of his generation, and arguably the leading international politics theorist of the last half century. His first publication, Man, the State, and War, came out in 1959 and remains in print today; the last thing he wrote, “Why Iran Should Get the Bomb,” appeared in Foreign Affairs in 2012. His teaching career spanned over fifty years and many institutions — first Columbia, then Swarthmore and Brandeis, finally Berkeley, and then back to Columbia as an emeritus. In his scholarship, he asked the tough questions about the difficult and important issues. He was motivated by both theoretical and policy questions, the latter often setting the agenda for the former. He was intellectually courageous, usually staking out iconoclastic positions — some of which were initially derided, many of which ended up becoming mainstream thinking. No matter what one’s theoretical persuasion, Ken Waltz was an intellectual force that had to be reckoned with.

He cared about writing style, and came down hard on his students, asking, “Who will bother to read you if you cannot make clear what you are thinking?” He would mark up one dissertation chapter and then write on it: “This is how it is done; do it right the next time.” His advice to many of his doctoral students became legend: “This thesis has problems and only you know how to fix them.” He believed that his task was to point out the problems; yours, to deal with them. Spoon feeding was not in Ken’s teaching vocabulary. Ken taught that the world of international politics was one of “self help”; if he was your thesis advisor that is the world you lived in.

Talking intellectual shop with Ken could be a forbidding experience. He was straightforward and direct, and had an uncanny instinct for the significant — unlike so much scholarship today that seems to have an uncanny instinct for the insignificant. He could poke holes in most arguments with ease, had no patience for fluff and bombast, and yet was always kind, courteous, and constructive — even as he shredded your work. He cared about brains and substance, not age and formal position or rank. He treated younger scholars he respected as his equal, not his subordinates.

Up to the very end of his life, he was a realist in the best sense of the term: he saw the world without blinders, but wanted, and acted through his writings and teaching, to make it a better and safer place by aiming for what was feasible, when feasible meant the second-best solution… MORE