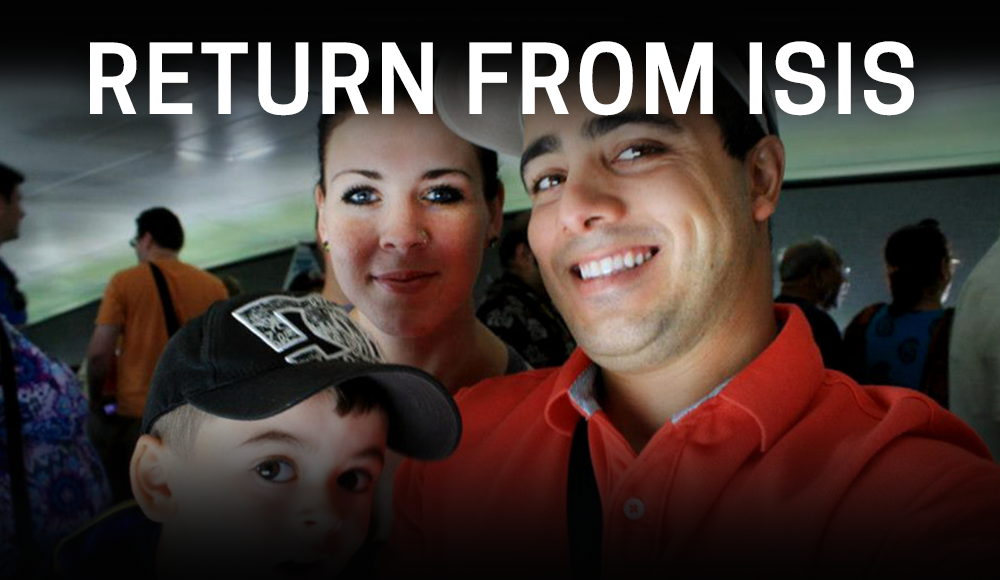 In November 2020, Sam Sally, also known as Sam Elhassani, was sentenced to six-and-a-half years in prison for financing terrorism — making her the first American woman brought back from Syria or Iraq and convicted on ISIS-related terrorism charges.

How did this American mother go from a comfortable life in Indiana to the heart of ISIS’s self-declared caliphate in Syria, with her husband a sniper for the terror group and her 10-year-old son forced to threaten President Donald Trump in an ISIS propaganda video shown around the world?

FRONTLINE tells the inside story tonight in Return From ISIS, a documentary in association with the BBC that has been nearly four years in the making.

It’s a saga in which truth is stranger than fiction: “I’ve covered many stories about ISIS and Westerners who’d joined the group,” says the documentary’s director, writer and producer Josh Baker (Battle for Iraq, I’m Not A Monster). “But I’ve never encountered anything quite like this.”

Return From ISIS premieres on PBS stations and on YouTube tonight at 10/9c (check local listings), or you can stream it on our site and in the PBS Video App starting at 7/6c.

PATRICE TADDONIO
Digital Writer & Audience Development Strategist, FRONTLINE
P.S. For more on Baker’s quest to uncover the truth about Sam’s case, listen to I’m Not A Monster, a weekly, 10-episode podcast series from FRONTLINE, BBC Panorama and BBC Sounds. Subscribe on Apple Podcasts, Stitcher, Spotify or wherever you get your podcasts.