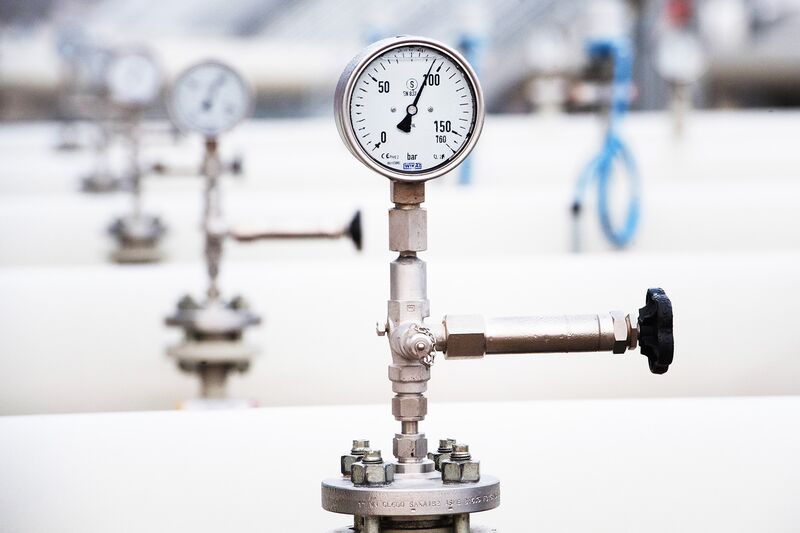 Stephen Stapczynski@SStapczynski
For the entire Cold War and the decades since, Russia was a stable supplier of gas to Europe. That changed this week as Russia slashed exports Gas rationing in Europe is now a real possibility Via @a_shiryaevskaya @MaznevaElena @isiscarol14 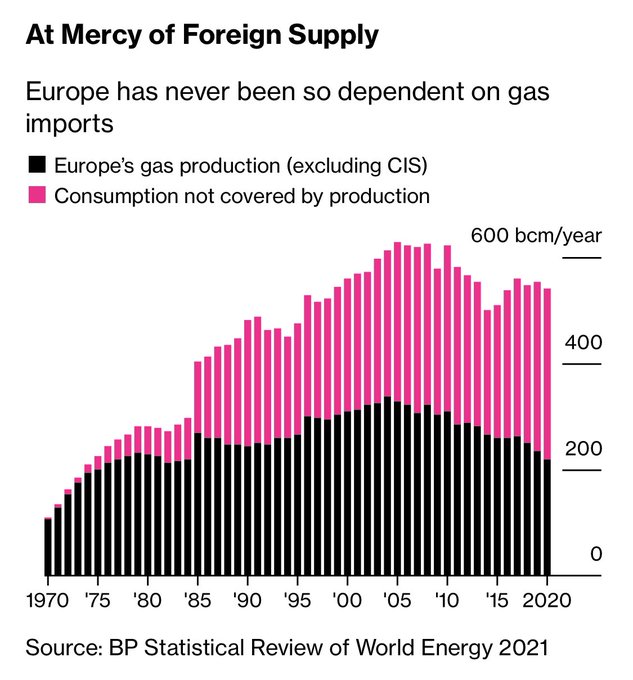 Stephen Stapczynski@SStapczynski. En respuesta a @SStapczynski. With European utilities forced to tap reserves intended to cover needs for the winter, government controls of gas distribution could start within months  If Russia completely shuts its main link, the region could run out of supplies by January. 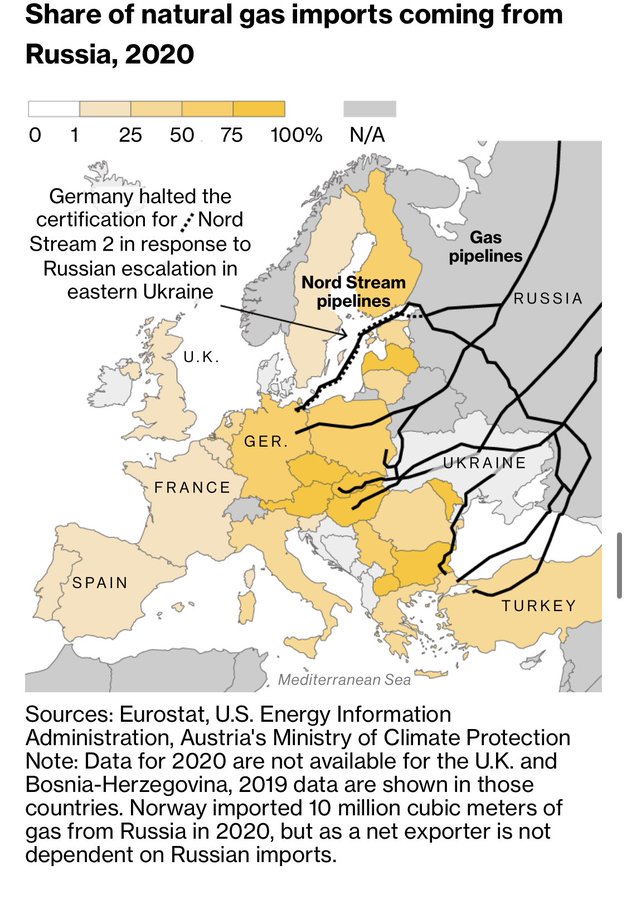 Stephen Stapczynski@SStapczynski
The heightened alarm was triggered after the Kremlin cut flows by about 60% through the Nord Stream pipeline. Germany’s Uniper is receiving 60% less gas than ordered Italy’s Eni received just half France’s Engie and Austria’s OMV AG have been hit as well

In the long term, Russia’s influence as an energy superpower will wane, as Moscow decouples from its traditional markets.

Tom Marzec-Manser@tmarzecmanser
Analysts warned that the week marked a “turning point” in the gas crisis, with a sharp deterioration of the outlook for supplies this winter….#natgas
LINK

Stephen Stapczynski@SStapczynski
Moscow blamed the decision to curb gas via the Nord Stream pipeline on sanctions imposed after the invasion of Ukraine But few in the west are buying Moscow’s line. Russia has access to alternative routes to keep flows to customers Via @OilSheppard

Russia cutting gas supplies to Europe has long been one of the EU’s greatest fears. This week it became a reality. Moscow has blamed the decision to restrict volumes on the Nord Stream 1 pipeline to Germany on sanctions imposed after the invasion of Ukraine, specifically those by Canada that left key pumping equipment stranded at a Siemens Energy factory in Montreal. But few in the west are buying Moscow’s line. Russia has access to alternative supply routes to keep export customers supplied, but declined to utilise them. With the cuts coinciding with a visit by the leaders of Germany, Italy and France to Kyiv this week, Germany’s vice-chancellor Robert Habeck said any technical issues were clearly a “pretext” for Russia to squeeze Europe’s economy.