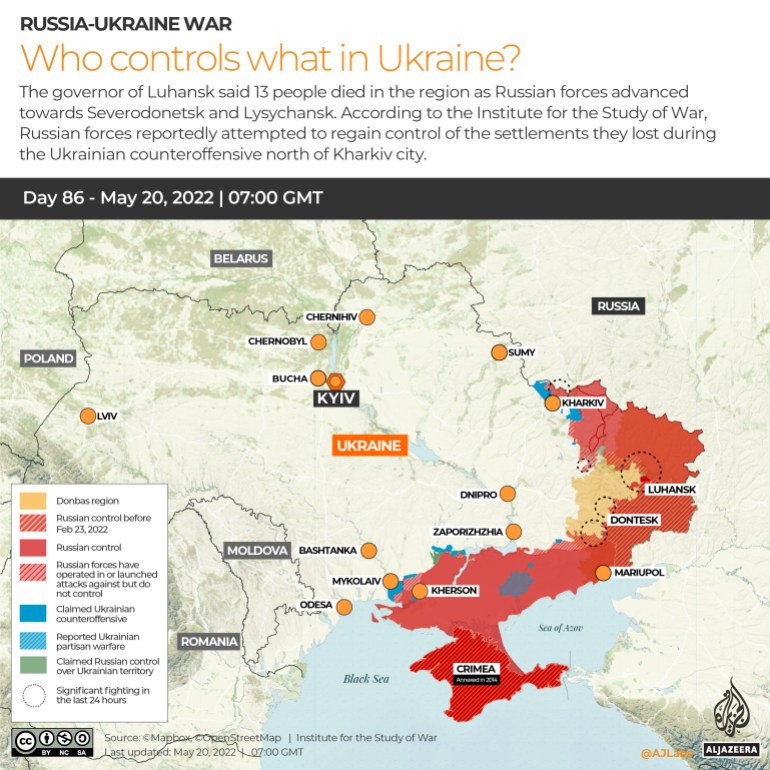 Who controls what in Ukraine?

The governor of Luhansk said 13 people died in the region as Russian forces advanced towards Severodonetsk and Lysychansk. According to the Institute for the Study of War, Russian forces reportedly attempted to regain control of the settlements they lost during the Ukrainian counteroffensive north of Kharkiv city.