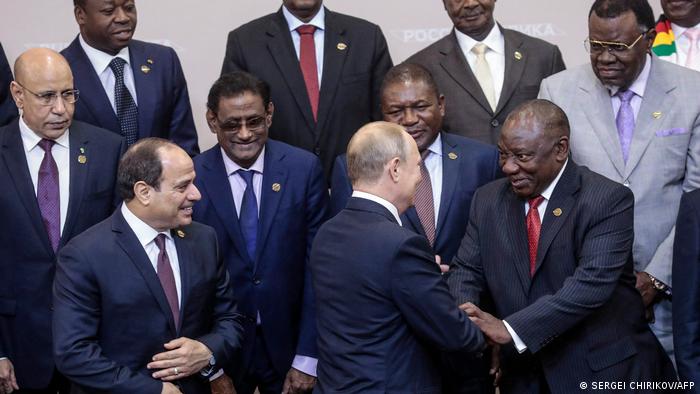 Russia’s reengagement with Africa pays off

Russia has been aggressively expanding its influence in Africa in recent years. As numerous African nations remain silent on Russia’s invasion of Ukraine, the strategy seems to be a winning one.

On March 2, the UN General Assembly in New York was asked to vote on a resolution calling for Russian troops to withdraw from Ukraine «immediately, completely and unconditionally.»

One hundred and forty-one of the UN’s 193 members voted in favor of the resolution — a strong signal of the international community’s condemnation of Russia’s invasion of Ukraine.

The vote, however, made clear Africa’s division on the issue.

While 28 out of 54 African countries sided with Ukraine, the rest, bar Eritrea which voted against the resolution, either abstained or chose not to turn up to vote.

Berlin and Paris concerned over Russian mercenaries in Mali

Why private foreign security companies are booming in Africa

Russia’s reengagement with Africa pays off