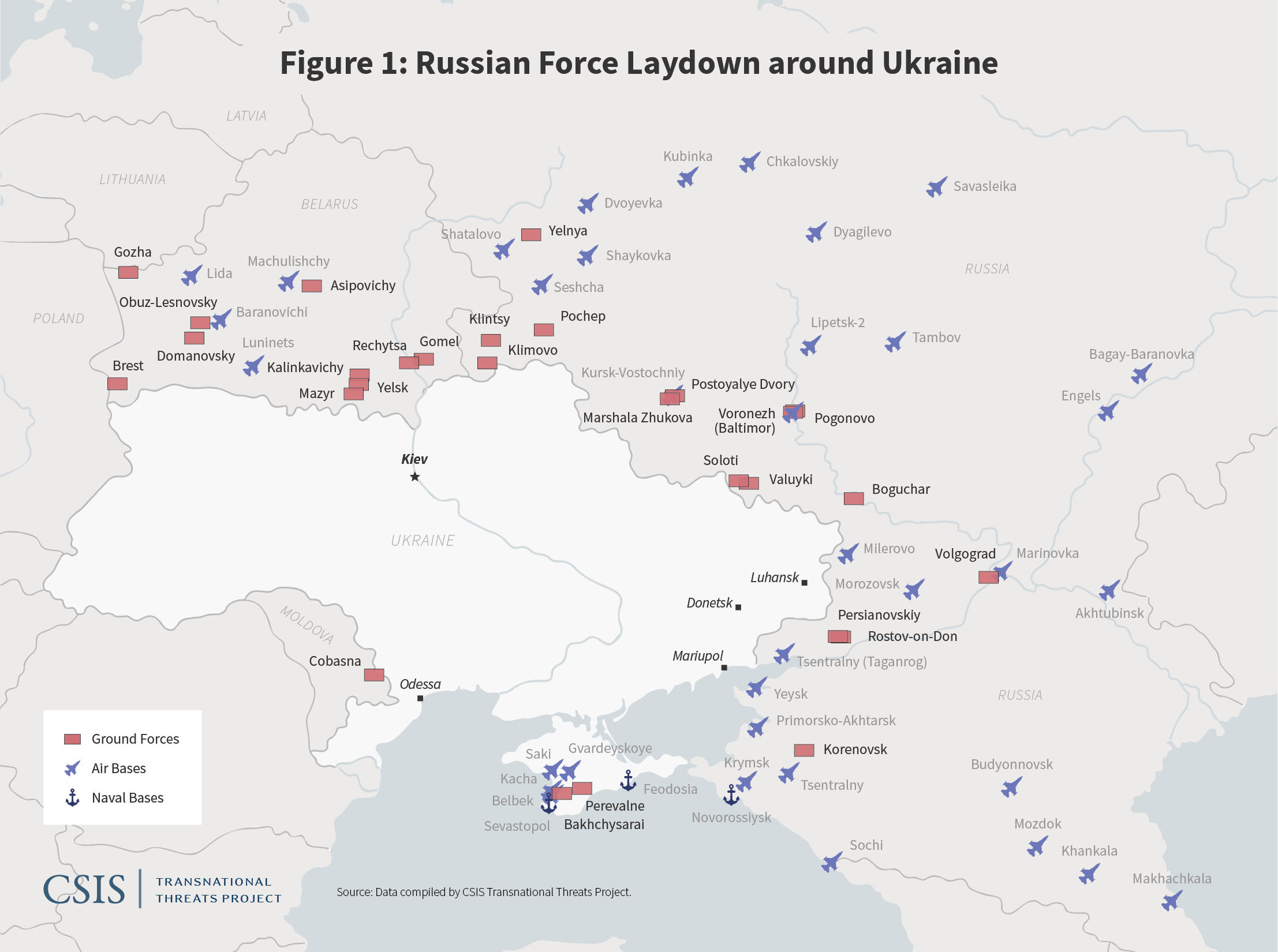 Russia is pursuing a dual approach in Ukraine, combining a major buildup of conventional forces with clandestine irregular activities. According to new CSIS analysis and satellite imagery, Moscow has prepared a growing number of its conventional army, navy, and air force units for a possible invasion of Ukraine and organized its intelligence services and military to conduct extensive cyber operations, subversion, and sabotage. If peace talks fail, an escalation between the North Atlantic Treaty Organization (NATO) and Russia could extend well beyond Eastern Europe and include retaliatory measures that are global in nature.

The CSIS Brief “Russia’s Possible Invasion of Ukraine” examined Russian political objectives and military options regarding Ukraine and explored options available to the United States and its allies and partners in case of an invasion. New events and information require additional analysis to further discern Russian intentions and their policy implications. To better understand recent developments, this brief asks two main questions. What might Russian military options now include? How should the United States and its allies and partners respond? To answer these questions, CSIS conducted an extensive analysis of the latest satellite imagery of Russian ground, air, and naval forces; examined open-source information on Russian conventional and irregular activity; and assessed Russian invasion options. Based on this analysis, this brief makes three main arguments.

First, Russia has surrounded Ukraine on three sides with a conventional invasion force, highlighted in Figure 1, which poses an imminent threat to Ukraine. In addition, Moscow has prepared Russian air and naval forces to support a possible ground invasion.

Second, Russia may also conduct extensive irregular operations in Ukraine and against the West, including cyber operations, subversion, and sabotage by Russia’s intelligence services and special operations forces. These actions could extend far beyond Eastern Europe, such as Russian cyberattacks against U.S. critical infrastructure and sabotage operations against undersea fiberoptic cables.

The rest of this brief is divided into three sections. The first provides an overview of the latest Russian military preparations. The second examines policy options for the United States and its allies and partners. The third section concludes with several questions that Western leaders need to continue asking—and answering—as the situation evolves.