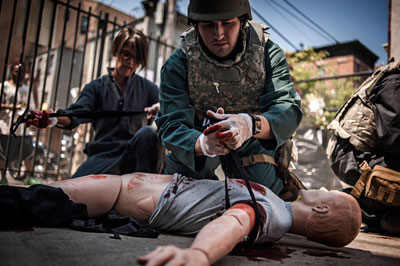 News agencies, press freedom organizations, and advocacy groups came together this month to address mounting concerns over the hiring and safety of freelance journalists. While dangers to freelancers have always been present, last year international journalists made up nearly a quarter of journalists killed, about double the proportion CPJ has documented in recent years. The murders of freelancers James Foley, Steven Sotloff, and Kenji Goto by the militant group Islamic State prompted an unprecedented collaboration between stakeholders. CPJ is proud to have helped draft guidelines for a global standard that will protect freelancers whom outlets are increasingly dependent on for stories, especially from hostile environments.

The guidelines were released at a press conference with CPJ Deputy Director Robert Mahoney at Columbia University on February 12. James Foley’s mother, Diane, also attended. «I am so encouraged by this gathering,» she said. «It’s a huge step.»

All the News That’s Worth the Risk: Improving Protection for Freelance Journalists in War Zones (Lindsay R. Grossman)