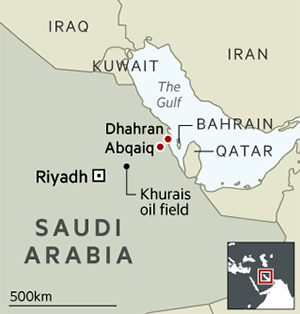 While some officials in the kingdom have sought to reassure oil markets that production will come back quickly, people briefed on the matter say it could take far longer to restore output to its maximum level.

“It will take weeks to ramp up and bring the complex to maximum capacity,” said one person close to the energy ministry.

While the full extent of the damage is still being investigated, the person said there was enough concern that the kingdom was in talks with several Opec countries. One option could be to call an emergency meeting of the oil producers’ cartel. Petrochemical feedstocks are also affected.

US blames Iran for attacks on Saudi oil plants