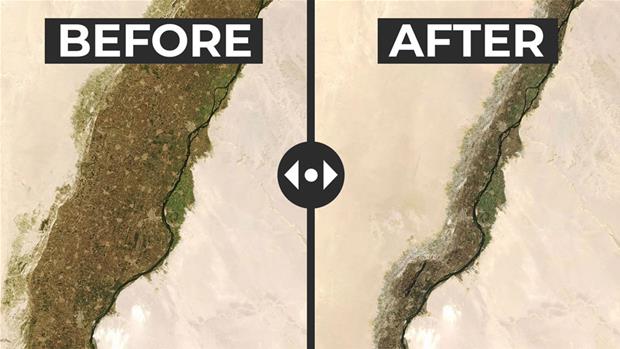 For the 280 million people from 11 countries who live along the banks of the Nile, it symbolises life. For Ethiopia, a new dam holds the promise of much-needed electricity; for Egypt, the fear of a devastating water crisis.

Large hydroelectric dams are touted as a green source of electricity, but they can leave a trail of environmental damage and water insecurity.

In this interactive scientific report, Al Jazeera partnered with earth and space scientist Dr Essam Heggy to analyse the impact of large dams on the Nile as the Grand Ethiopian Renaissance Dam (GERD) nears its completion date in 2023.

The mega-dam has triggered a major dispute between Egypt and Ethiopia over access to the Nile’s vital water resources. How much will each country get and who controls the flow?