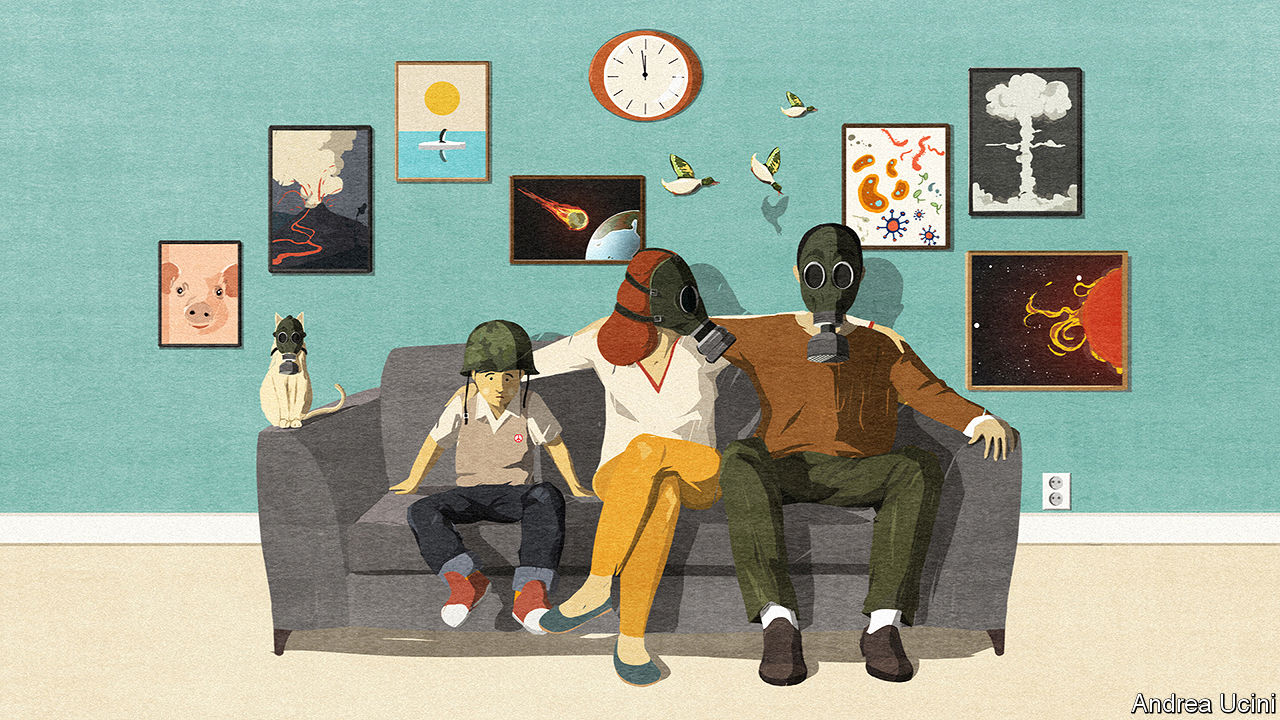 In 1993 this newspaper told the world to watch the skies. At the time, humanity’s knowledge of asteroids that might hit the Earth was woefully inadequate. Like nuclear wars and large volcanic eruptions, the impacts of large asteroids can knock seven bells out of the climate; if one thereby devastated a few years’ worth of harvests around the globe it would kill an appreciable fraction of the population. Such an eventuality was admittedly highly unlikely. But given the consequences, it made actuarial sense to see if any impact was on the cards, and at the time no one was troubling themselves to look.

Asteroid strikes were an extreme example of the world’s wilful ignorance, perhaps—but not an atypical one. Low-probability, high-impact events are a fact of life. Individual humans look for protection from them to governments and, if they can afford it, insurers. Humanity, at least as represented by the world’s governments, reveals instead a preference to ignore them until forced to react—even when foresight’s price-tag is small. It is an abdication of responsibility and a betrayal of the future.