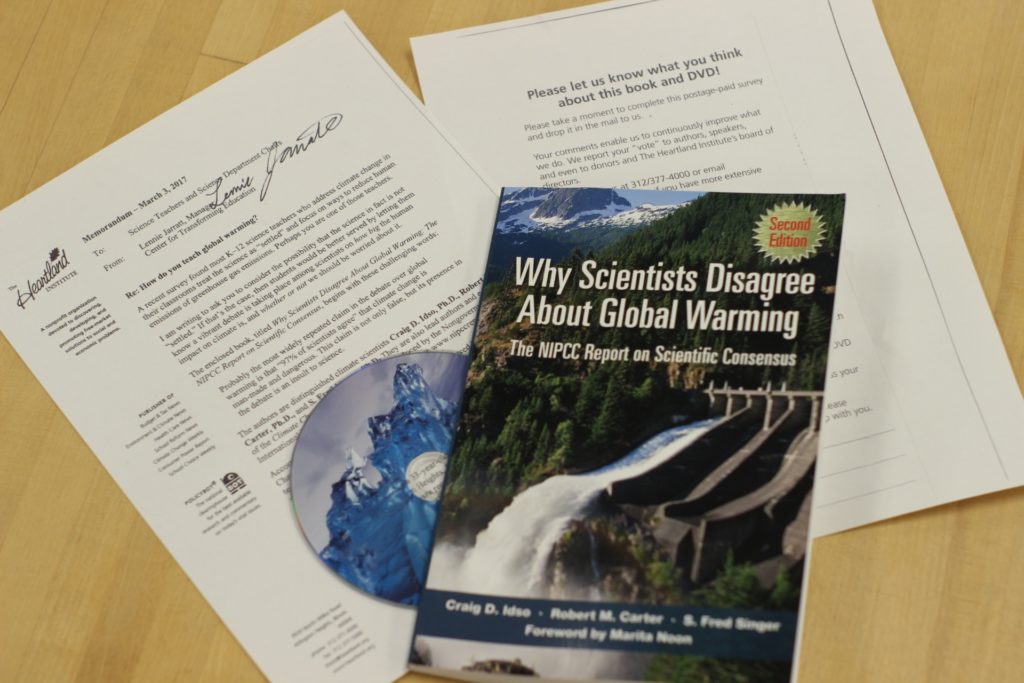 Twenty-five thousand science teachers opened their mailboxes this month and found a package from the Heartland Institute, a libertarian think tank that rejects the scientific consensus on climate change.

It contained the organization’s book “Why Scientists Disagree About Global Warming,” as well as a DVD rejecting the human role in climate change and arguing instead that rising temperatures have been caused primarily by natural phenomena. The material will be sent to an additional 25,000 teachers every two weeks until every public-school science teacher in the nation has a copy, Heartland president and CEO Joseph Bast said in an interview last week. If so, the campaign would reach more than 200,000 K-12 science teachers.

Accompanying the materials is a cover letter from Lennie Jarratt, project manager of Heartland’s Center for Transforming Education. He asks teachers to “consider the possibility” that the science is not settled.