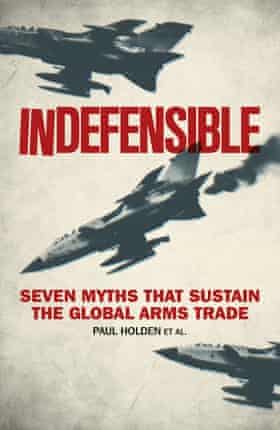 A few years after the millennium, the world was at its most peaceable in recorded history. Nonetheless, a 2006 Gallup poll revealed that 76% of Americans believed that the world was, in that year, more dangerous than it had been any time in the recent past.

What might explain this? Some reasons lie in the psychology of threat perception. Threats that are new and unknown will figure more highly than those that are familiar – even if the latter are objectively greater. Threats that are incalculable or somehow alien will be seen as their worst possible manifestations. We are irrationally scared of sharks. Events that are on the TV news will be more salient than those we read about in the papers or in specialist articles, or which never reach the media at all.

Other reasons lie in the deliberate or casual misrepresentation by politicians. Playing to people’s fears – including exaggerating those fears – is the oldest trick in the politician’s playbook. This is where the arms business enters, as an accessory to this trick.

And there can be no doubt that the terrorist crime of 11 September 2001 generated deep fears among western (and especially American) publics. Not only were civilian airliners turned into weapons of conspicuous destruction, but the subsequent anthrax scare drew attention to the dangers of chemical and biological warfare agents in the hands of non-state actors bent solely on devastation. The fear that Iraqi dictator Saddam Hussein possessed nuclear weapons ready to launch on a hair trigger evoked still deeper fears. The ideologies of al-Qaida militants, and more recently Isis, are so alien and demonic that people are deeply afraid that the worst may transpire.