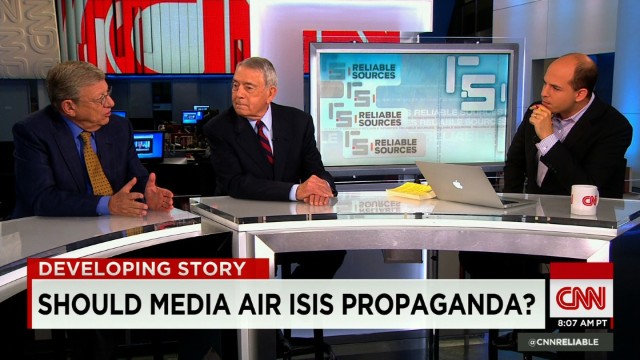 As the Islamic terror group ISIS releases video showing the beheading of another Western hostage, Dan Rather and Jeff Greenfield discuss whether news organizations should be giving airtime to these videos. Does it serve a public interest or is it giving the terror group the publicity that they want – or both?

Greenfield said the existence of the videos «tends to force, I think, our policymakers into taking decisions they might not take absent the emotional punch of those pictures. They tend to maybe say more than what reality lets them say.»… MORE