Global military expenditure fell in 2013, by 1.9 per cent in real terms, to reach $1747 billion. This was the second consecutive year in which spending fell, and the rate of decrease was higher than the 0.4 per cent fall in 2012 (see figure 1).

A pattern has been established in recent years whereby military spending has fallen in the West—that is, in North America, Western and Central Europe, and Oceania—while it has increased in other regions. This tendency was even more pronounced in 2013, with military spending increasing in every region and subregion outside the West. In fact, the total for the world excluding just one country—the United States—increased by 1.8 per cent in 2013, despite falls in Europe and elsewhere.

From 14 April 2014 the SIPRI Military Expenditure Database includes newly released information on military expenditure in 2013. This Fact Sheet describes the global, regional and national trends in military expenditure that are revealed by the new data, with a special focus on those countries that have more than doubled their military spending over the period 2004–13. 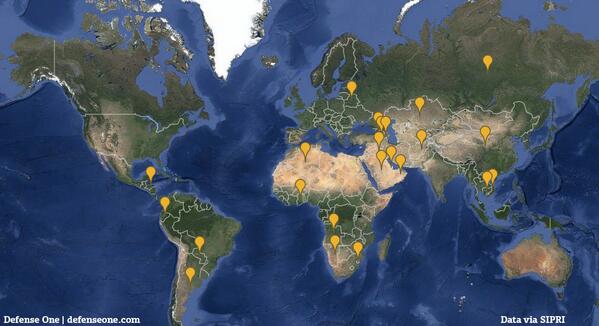 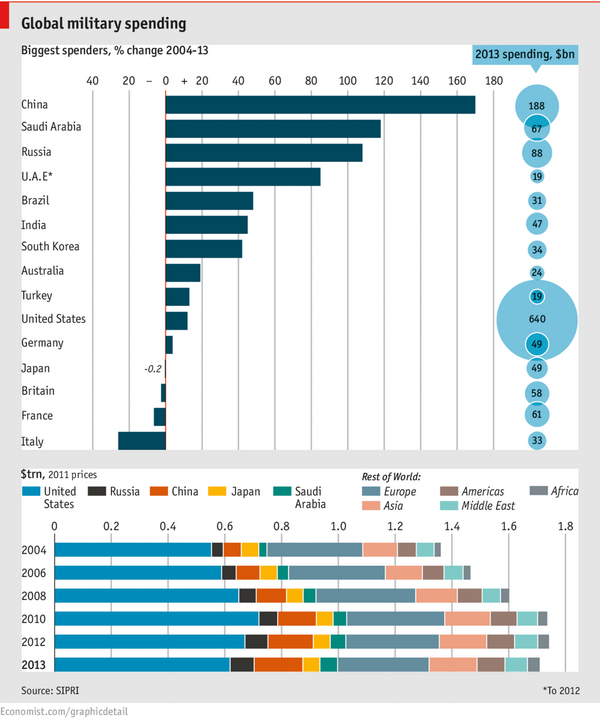 Today’s #Dailychart reveals which countries spend the most on their military http://econ.st/1hFoj07