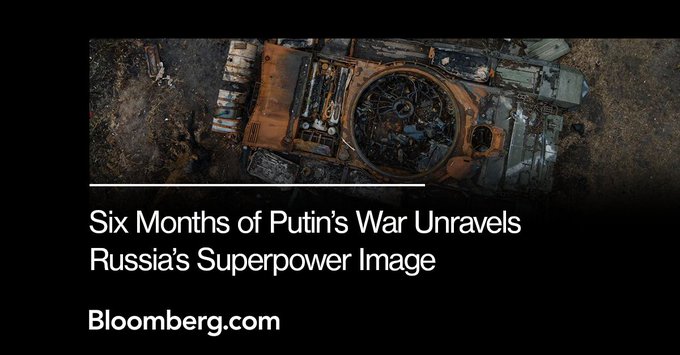 The conflict has laid bare the limits of Russia’s military prowess,

even if its economy is holding up better than expected

Six months into President Vladimir Putin’s invasion of Ukraine, the war has upended fundamental assumptions about Russia’s military and economy.

When the US warned of impending war earlier this year, officials and analysts in Washington and Europe alike assumed Russia’s much larger and better equipped military would quickly dominate Ukraine’s forces. They also believed Putin would find himself constrained by a weak domestic economy.

US Chairman of the Joint Chiefs of Staff Mark Milley even warned Congress that Kyiv could fall within 72 hours of an invasion being launched. President Joe Biden said he would turn the ruble to “rubble.” In the Kremlin, meanwhile, Putin and his closest advisers saw Ukraine as a nation divided with incompetent leaders that would lack the will to fight.

Yet those expectations have proved drastically wrong.