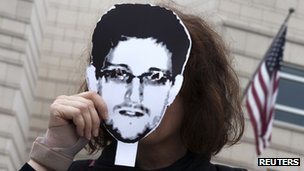 The US National Security Agency should no longer keep its vast database of phone records, a White House-ordered review reportedly recommends.

Phone companies or a third party should hold the data instead of America’s electronic surveillance agency, says the panel according to US media.

The US has faced criticism since the snooping programme was leaked in June by ex-NSA contractor Edward Snowden.

The task force report is being released by the White House on Wednesday.