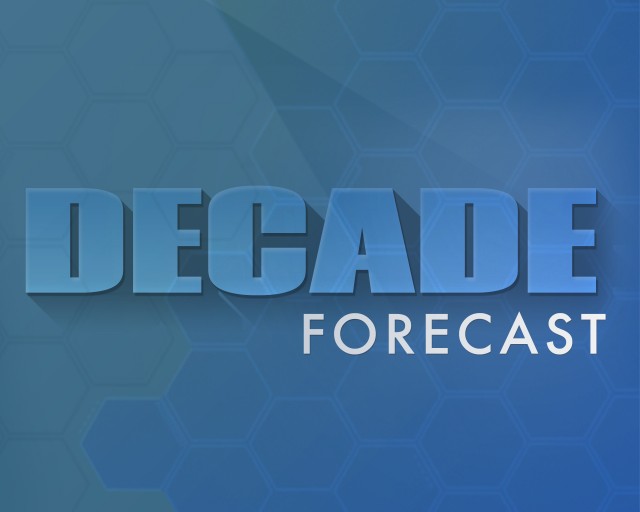 This is the fifth Decade Forecast published by Stratfor. Every five years since 1996 (1996, 2000, 2005, 2010 and now, 2015) Stratfor has produced a rolling forecast. Overall, we are proud of our efforts. We predicted the inability of Europe to survive economic crises, China’s decline and the course of the U.S.-jihadist war. We also made some errors. We did not anticipate 9/11, and more important, we did not anticipate the scope of the American response. But in 2005 we did forecast the difficulty the United States would face and the need for the United States to withdraw from its military engagements in the Islamic world. We predicted China’s weakness too early, but we saw that weakness when others were seeing the emergence of an economy larger than that of the United States. Above all, we have consistently forecast the enduring power of the United States. This is not a forecast rooted in patriotism or jingoism. It derives from our model that continues to view the United States as the pre-eminent power.

We do not forecast everything. We focus on the major trends and tendencies in the world. Thus, we see below some predictions from our 2010 Decade Forecast:

We see the U.S.-jihadist war subsiding. This does not mean that Islamist militancy will be eliminated. Attempts at attacks will continue, and some will succeed. However, the two major wars in the region will have dramatically subsided if not concluded by 2020. We also see the Iranian situation having been brought under control. Whether this will be by military action and isolation of Iran or by a political arrangement with the current or a successor regime is unclear but irrelevant to the broader geopolitical issue. Iran will be contained, as it simply does not have the underlying power to be a major player in the region beyond its immediate horizons.

The diversity of systems and demographics that is Europe will put the European Union’s institutions under severe strain. We suspect the institutions will survive. We doubt that they will work very effectively. The main political tendency will be away from multinational solutions to a greater nationalism driven by divergent and diverging economic, social and cultural forces. The elites that have crafted the European Union will find themselves under increasing pressure from the broader population. The tension between economic interests and cultural stability will define Europe. Consequently, inter-European relations will be increasingly unpredictable and unstable.

Russia will spend the 2010s seeking to secure itself before the demographic decline really hits. It will do this by trying to move from raw commodity exports to process commodity exports, moving up the value chain to fortify its economy while its demographics still allow it. Russia will also seek to reintegrate the former Soviet republics into some coherent entity in order to delay its demographic problems, expand its market and above all reabsorb some territorial buffers. Russia sees itself as under the gun, and therefore is in a hurry. This will cause it to appear more aggressive and dangerous than it is in the long run. However, in the 2010s, Russia’s actions will cause substantial anxiety in its neighbors, both in terms of national security and its rapidly shifting economic policies.

The states most concerned — and affected — will be the former satellite states of Central Europe. Russia’s primary concern remains the North European Plain, the traditional invasion route into Russia. This focus will magnify as Europe becomes more unpredictable politically. Russian pressure on Central Europe will not be overwhelming military pressure, but Central European psyches are finely tuned to threats. We believe this constant and growing pressure will stimulate Central European economic, social and military development.

China’s economy, like the economies of Japan and other East Asian states before it, will reduce its rate of growth dramatically in order to calibrate growth with the rate of return on capital and to bring its financial system into balance. To do this, it will have to deal with the resulting social and political tensions.

From the American point of view, the 2010s will continue the long-term increase in economic and military power that began more than a century ago. The United States remains the overwhelming — but not omnipotent — military power in the world, and produces 25 percent of the world’s wealth each year.

The world has been restructuring itself since 2008, when Russia invaded Georgia and the subprime financial crisis struck. Three patterns have emerged. First, the European Union entered a crisis that it could not solve and that has increased in intensity. We predict that the European Union will never return to its previous unity, and if it survives it will operate in a more limited and fragmented way in the next decade. We do not expect the free trade zone to continue to operate without increasing protectionism. We expect Germany to suffer severe economic reversals in the next decade and Poland to increase its regional power as a result.

The current confrontation with Russia over Ukraine will remain a centerpiece of the international system over the next few years, but we do not think the Russian Federation can exist in its current form for the entire decade. Its overwhelming dependence on energy exports and the unreliability of expectations on pricing make it impossible for Moscow to sustain its institutional relations across the wide swathe of the Russian Federation. We expect Moscow’s authority to weaken substantially, leading to the formal and informal fragmentation of Russia. The security of Russia’s nuclear arsenal will become a prime concern as this process accelerates later in the decade.

We have entered a period in which the decline of the nation-states created by Europe in North Africa and the Middle East is accelerating. Power is no longer held by the state in many countries, having devolved to armed factions that can neither defeat others nor be defeated. This has initiated a period of intense internal fighting. The United States is prepared to mitigate the situation with air power and limited forces on the ground but will not be able or willing to impose a settlement. Turkey, whose southern border is made vulnerable by this fighting, will be slowly drawn into the fighting. By the end of this decade, Turkey will emerge as the major regional power, and Turkish-Iranian competition will increase as a result.