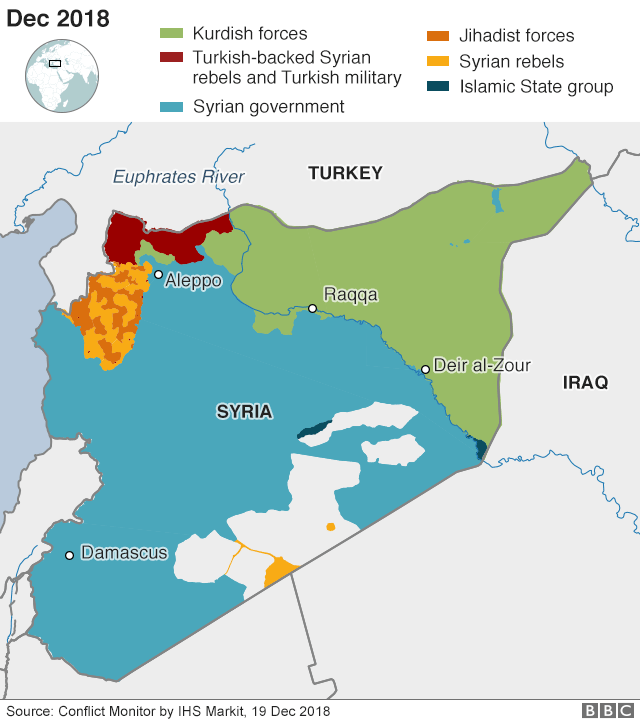 President Donald Trump’s decision to withdraw all US troops from Syria has been met with heavy criticism.

Mr Trump made the announcement on Wednesday, asserting that the Islamic State (IS) group had been defeated.

But major allies, including senior Republicans and foreign powers, have disputed the claim and say the move could lead to a resurgence of IS.

US troops have helped rid much of Syria’s north-east of the jihadist group, but pockets of fighters remain.

Republican Senator Lindsey Graham, who is one of Mr Trump’s supporters, called the withdrawal decision a «huge Obama-like mistake».

And the UK government pushed back on the president’s assurance that IS had now been defeated.

The Pentagon said it was transitioning to the «next phase of the campaign» to eliminate IS but did not provide further details.

President Trump, who has long promised to pull American troops out of Syria, said on Twitter that it was time to bring them home after their «historic victories».