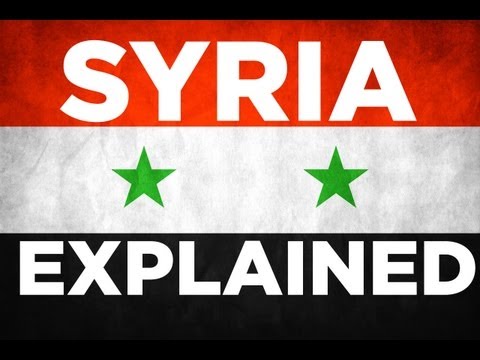 The question proved damning for Gary Johnson, the Libertarian candidate for U.S. president, who blanked on it during an MSNBC interview in September.

But as the war in Syria drags agonizingly on, it has a broader meaning. What exactly is going on in Aleppo, and throughout the ravaged nation, how did it come to this, and where do we go from here?

U.S. President Barack Obama—who in 2012 threatened, and later balked at, the use of force against Assad if he deployed chemical weapons—has struggled to cope with the fast-changing situation on the ground, from the rise of Islamic State to Putin’s brutal game of chess. Michael Kofman, a global fellow at the Wilson Center’s Kennan Institute in Washington, told Bloomberg’s Nick Wadhams last week that the U.S. is “maxed out” on sanctions.

“While the president has full sanction authority,” Kofman said, “there’s nobody left to sanction in Russia besides the janitor in the Kremlin.”

The brief video above offers some answers to bring you up to date.

Aleppo is Syria’s commercial capital, which President Bashar al-Assad and his ally, Russian President Vladimir Putin, both accused of war crimes, are fighting to recapture from rebels. Amid the war—between Assad and groups seeking to oust both him and the Islamic State terrorists bent on taking over the nation—an estimated 370,000 people have been killed and 11 million displaced from their homes, with four million cast adrift as refugees.