Today the very ideas that made America great imperil its future. Our plans go awry and policies fail. History’s grandest war against terrorism creates more terrorists. Global capitalism, intended to improve lives, increases the gap between rich and poor. Decisions made to stem a financial crisis guarantee its worsening. Environmental strategies to protect species lead to their extinction.

The traditional physics of power has been replaced by something radically different. In The Age of the Unthinkable, Joshua Cooper Ramo puts forth a revelatory new model for understanding our dangerously unpredictable world. Drawing upon history, economics, complexity theory, psychology, immunology, and the science of networks, he describes a new landscape of inherent unpredictability–and remarkable, wonderful possibility.

INTERVIEW WITH THE AUTHOR

How do you define the Age of the Unthinkable?

It’s an age in which constant surprise–for good or for ill–has become a fact of life and in which our old ideas about how to make the world safer and more stable are actually making it more dangerous and unstable.

What compelled you to write this book? 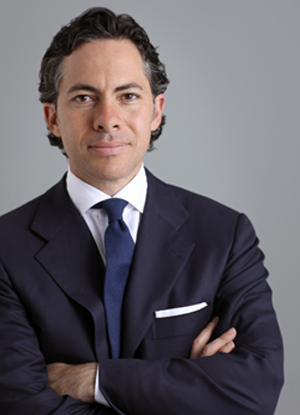 It was clear to me that the models we were using to think about the world were wrong–often dangerously so. And I saw that many people who wanted to disrupt the systems we rely on–people as different as terrorists and hedge fund managers–had the upper hand when it came to understanding the nature of our age. I wanted to write a book that would help other people understand what was happening so we could manage what promises to be a very unstable period.

Where are some of the most «unthinkable» hot spots around the world today?

These spots are all over the globe. But if I had to name a few of particular relevance I would list them as:

Gaza and Lebanon. Hamas and Hizb’allah not only resist Israeli attack but seem to get stronger and much shrewder the harder they are attacked.

South Africa. The most expensive medical campaign ever to stop the spread of TB instead has led to the creation of a new, even more deadly super bug.

Russia. The end of the USSR and great economic booms didn’t produce a US and democracy friendly system, as we hoped, but rather has led to an increasingly belligerent nation.

You describe Danish physicist and biologist Per Bak’s «sandpile» theory which implies that sand cones, although relatively stable-looking, are actually deeply unpredictable. In Bak’s experiments a single grain of sand could trigger an avalanche—or nothing at all. How do you think countries and leaders relate to this theory?

The point is that whenever you think the world is stable, it’s not. Even the smallest perturbations–home mortgage collapses or computer viruses–can cause tremendous dislocations. The pile in Bak’s experiment is always growing in complexity and changing. So the lesson for us is that there are no simple policies or easy solutions; the problems we face rarely end, they just change shape. So we need a revolution in our way of thinking and in the institutions we use to manage the world if we are going to keep up with such a dynamic system.

You espouse that average citizens should take control of their lives and live in a «revolutionary» manner. What do you mean? Can established governments and revolutionaries co-exist?

Sure they can. Google and the US government get along fine (more or less). What matters is that we all do three things: first we have to live lives that are very resilient, which means taking care of our selves, our savings, our family and our education so we can adjust to a rapidly changing world. Second, we all have to participate in a caring economy, devoting some of our life to helping others instead of relying on the government to help others for us. And finally we have to be innovative in how we live and think. We have to try to think of new ways to make a difference in the world as individuals, to help prepare our children to manage and control their own lives instead of relying on big corporations or the government to do so.

We are living in a deeply unpredictable moment in history in which things seem to be getting more unstable and it just keeps getting worse. What hopeful prospects do you see in our future?

I think that basically what we are living in is a very disruptive moment. And this involves both disruption for bad ends (think 9/11) and for good (think of bio-engineering disease cures.) I’m optimistic because I basically believe more people want to disrupt for good than for bad. The challenge for us is simply to empower as many people to create, and to live as full lives as we can.

Joshua Cooper Ramo is managing director at Kissinger Associates, one of the world’s leading geostrategic advisory firms. Before entering the advisory business, Ramo was foreign editor and assistant managing editor of Time magazine. He divides his time between Beijing and New York, and served as China analyst for NBC during the 2008 Olympics. Ramo cochaired the Santa Fe Institute’s first working group on Complexity and International Affairs and was a Crown Fellow of the Aspen Institute, a founder of the U.S.-China Young Leaders Program, and a Global Leader for Tomorrow of the World Economic Forum. Trained as an economist, he holds degrees from the University of Chicago and New York University.

Whatever else might be said about “The Age of the Unthinkable,” you can’t accuse its author, Joshua Cooper Ramo, of trying to kiss up to his boss. Ramo is the managing director of Kissinger Associates, the controversial “geostrategic advisory firm” founded by the former secretary of state, but his new book is, among other things, a sustained critique of Kissinger-style geostrategy. As Kissinger told a reporter for The New Yorker at a party he recently held to celebrate his young protégé, the book “has one basic theme that is a little difficult for me, which is that my generation is sort of a bunch of dodos.”

As Ramo would have it, we live in a “revolutionary age,” defined by problems whose complexity, unpredictability and interconnectedness increasingly defy our efforts at control (consider: terrorism, global warming, pandemic, financial meltdown). States no longer dominate, “new actors” abound, and the day belongs to the fleet and adaptive. These threatening new dynamics demand, in Ramo’s view, nothing less than “a complete reinvention of our ideas of security,” even the reversal of “a couple of millennia of Western intellectual habits.” Outmoded notions like deterrence and balance of power must give way to the new “defining concept” of “resilience.” We must “innovate” and “keep learning,” as a society and in our dealings with the rest of the world… MORE