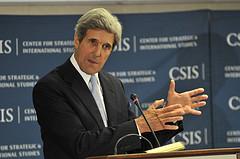 «The deal will not put an end to the dispute over Iran’s nuclear ambitions.» —@MaloneySuzanne: http://brook.gs/1f42Gs3

For the U.S. and Iran, a nuclear accord upends old assumptions

The successful conclusion of the Iranian nuclear negotiations has been interpreted by many around the world, including Iran’s president, as a sign of change. Suzanne Maloney argues that the nuclear…

Why Congress is effectively powerless to stop the #IranDeal: http://brook.gs/1JeBaUZ

PACKAGE DEAL?: Don’t expect the Iran deal to lead to a Syria deal. FP contributor Hassan Hassan writes that the Saudis are muscling up with Turkey and Qatar to counter Iran’s influence: Read more

BYE FALAFEL, HELLO MCDONALD’S: Iran might be tough on freedom of speech, but that hasn’t stopped nuclear deal jokes from going viral on the country’s most popular messaging apps. FP compiled a list of some of the best to come out of yesterday’s deal announcement: Read more

THE SAUDI COLD WAR: While the Obama administration may hope the nuclear deal paves the way for a more peaceful Middle East, it just may convince Riyadh to turn its conflict with Tehran up a notch, writes FP contributor Kim Ghattas: Read more

Obama says only alternative to a nuclear deal with Iran is war. The president sells the deal at home and offers some blunt criticism of America’s Sunni Arab allies.  Read full article »

Obama’s defense of the Iran deal comes with a tough love message http://wapo.st/1M65mT8

Josh Fattal was imprisoned in Iran for two years. He backs the nuclear deal http://wpo.st/5kZQ0

Whip count: Where the Senate stands on the Iran deal http://wapo.st/1fGH

Winners and losers in the Iran deal, if it sticks http://wapo.st/1fGAnRm

Here’s what Congress can (and can’t) do about the Iran deal — and why http://wapo.st/1M3xJkG

On Tuesday morning, the P5+1 and Iran unveiled the Joint Comprehensive Plan of Action (JCPOA), a final agreement regarding Iran’s illicit nuclear program. Speaking at the White House, President Barack Obama claimed, “Every pathway to a nuclear weapon is cut off.  And the inspection and transparency regime necessary to verify that objective will be put in place.” However, after careful review of the deal’s provisions, observers have begun to raise serious questions about both the limits placed on international inspections and the lack of credible enforcement mechanisms.The Foreign Policy Initiative (FPI) is carefully examining the JCPOA, yet shares the concern that the deal does not diminish the nuclear threat from Iran.  FPI commends the following resources to lawmakers, journalists, and the general public in advance of the Congressional review concurrent to the Iran Nuclear Agreement Review Act of 2015.

“Neither Congress nor the American public should let the President summon their worst fears in order to dampen opposition to this deal. The deal should be debated on the merits, full stop.”

“All of this means that the deal leaves Tehran as a nuclear-threshold state even if it adheres to the terms, able to continue its nuclear research and retain its facilities while it waits for U.N. supervision to end. The other nations of the region will take that point, no matter Mr. Obama’s assurances. Instead of eliminating a revolutionary regime’s nuclear ambitions, the Vienna accord promises to usher in a new age of nuclear proliferation.”

“So the Iran deal is really a high-stakes, strategic bet. The agreement allows a decade of managed and monitored nuclear proliferation while Iran is engaged, first on security, but eventually across the range of the relationship. Under the terms of the agreement, Iran will emerge from this period as a nuclear threshold state, free from most sanctions, but hopefully, by that point, a ‘key to peace.’”

“What are the consequences for Iranian violations? According to my read of the agreement, there is only one penalty for any infraction, big or small – taking Iran to the UN Security Council for the ‘snapback’ of international sanctions. That is like saying that for any crime – whether a misdemeanor or a felony – the punishment is the death penalty. In the real world, that means there will be no punishments for anything less than a capital crime.»

“The main achievement of the regime’s negotiators is striking a deal that commits the West to removing almost all sanctions on Iran, including most of those imposed to reduce terrorism or to prevent weapons proliferation. Most of the sanctions are likely to end in a few months. Thus the agreement ensures that after a short delay Iran will be able to lay the groundwork for a large nuclear arsenal and, in the interim, expand its conventional military capabilities as much as the regime pleases.»

“[T]here is much to suggest that Iran’s leadership has a longer-term strategic plan that envisions no immediate breakout. After all, a country that is in a race to build and test a nuke doesn’t need to invest in multiple facilities and double down on advanced enrichment. Both Iranian procurement and International Atomic Energy Agency reporting indicate Iran is game to wait until it has both the means and the materiel to break out — like Pakistan, Israel or India — with an arsenal of nuclear weapons, rather than a single bomb. And if that is the case, the deal inked early Tuesday will not stop it.”

“If the transformation of Iranian behavior the president hopes for does not occur, the deal on its nuclear program may ultimately prove to be a poor one — a temporary curb that, when it lapses, will enable a dangerous threshold nuclear state that poses a major threat to the United States and its allies.”

“[B]ecause the Iranians are not required to dismantle their enrichment infrastructure, are allowed to continue at least limited research and development on their five advanced models of centrifuges and will be permitted to build as large an industrial nuclear program as they want after year 15, the deal, at that point, will legitimize the Islamic republic as a threshold nuclear state. The gap between threshold status and weapons capability will necessarily become small, and not difficult for the Iranians to bridge.”

Iran Got a Far Better Deal Than It Had Any Right to Expect – Elliott Abrams – National Review Online – July 15, 2014

«Iran has been arguing for years that it has the right to enrich uranium under the Nuclear Non-Proliferation Treaty. The United States has always said ‘no way’ — until now. The George W. Bush administration insisted that before our allies Jordan and the UAE could sign a civil nuclear-cooperation agreement with us, they had to agree they would not enrich uranium — not spin one centrifuge. Now we allow Iran 6,000 centrifuges, and indeed the JCPOA legitimizes Iran as a nuclear state. Decades of American nonproliferation policy are dead.»

“It did not have to be this way. The P5+1 could have continued to negotiate, while retaining the interim agreement signed in November 2013. Tehran would have had to face ongoing sanctions, which, even if China and Russia evaded them, would have continued to stress the Iranian economy. The West could have held out for a better deal, for the choice was never between war and peace, as the president kept asserting, or between a bad deal or no deal, as Israel’s prime minister insisted.”

The new agreement between Iran and world powers does not resolve the problem and complicates U.S. relations with regional allies, says CFR President Richard N. Haass.

Foreign Affairs: Wehrey and Sokolsky Bridging the Gulf in the Gulf 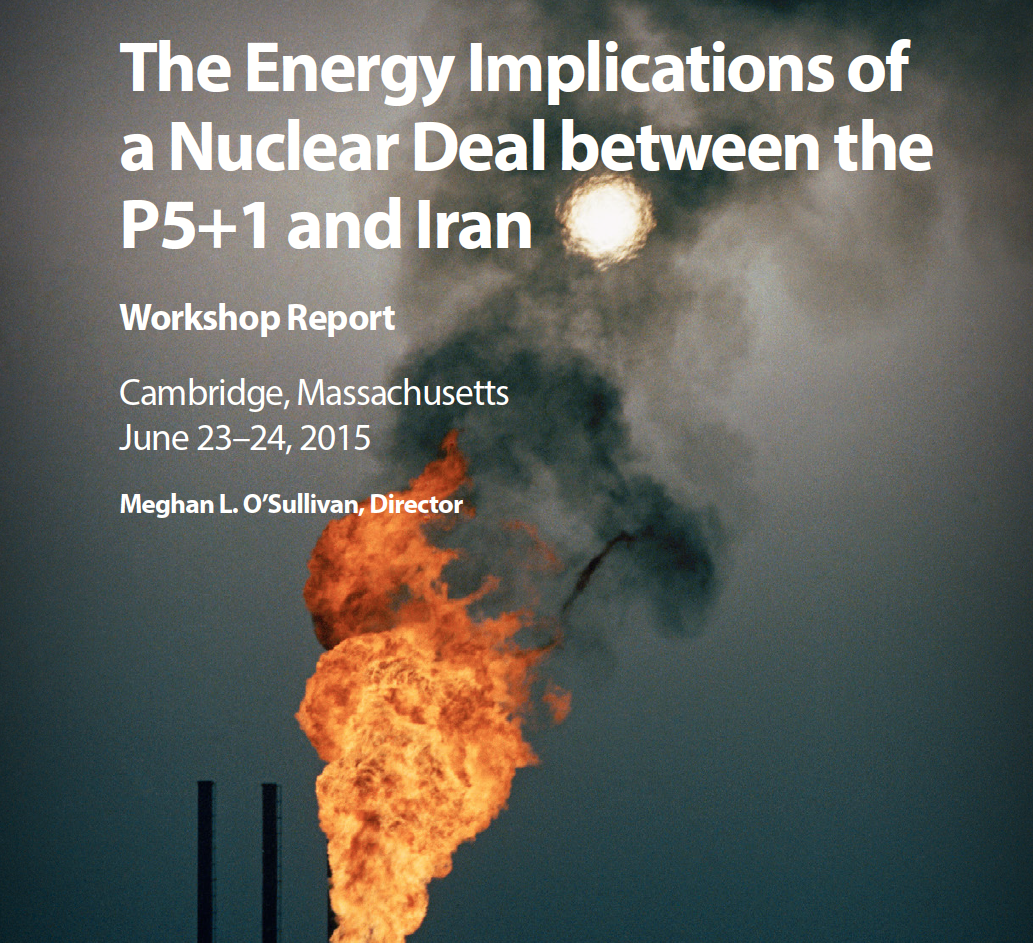 .@Judy_Dempsey: It’s the geostrategic implications of the #IranDeal that Europe must deal with. http://ceip.org/1O8pi6h

For #Assad, #IranDeal will “ensure the growing financial and political clout of his most reliable ally.” @aron_ld: http://ceip.org/1HuZc9s

Here’s my analysis of #IranDeal verification provisions in @ForeignPolicy. SPOILER ALERT: They are impressive. http://foreignpolicy.com/2015/07/16/iran-aint-gonna-sneak-out-under-this-deal-verification-inspections/ …

What does the #IranDeal mean for Europe? Read Cornelius Adebahr: http://ceip.org/1HxM97s

Whatever happens with #IranDeal, “Iraq and Syria will be top concerns for all,” writes @aron_ld: http://ceip.org/1HuZc9s 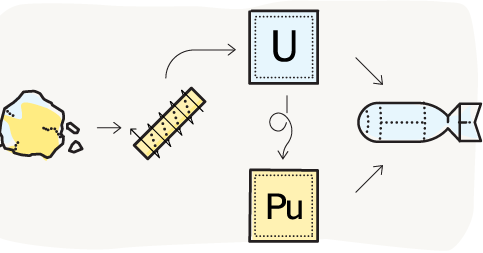 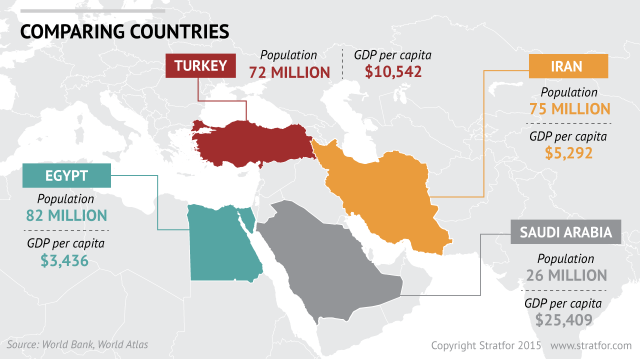 The Iranian nuclear deal will not mean less conflict in the region; it will mean more. http://social.stratfor.com/RHM84