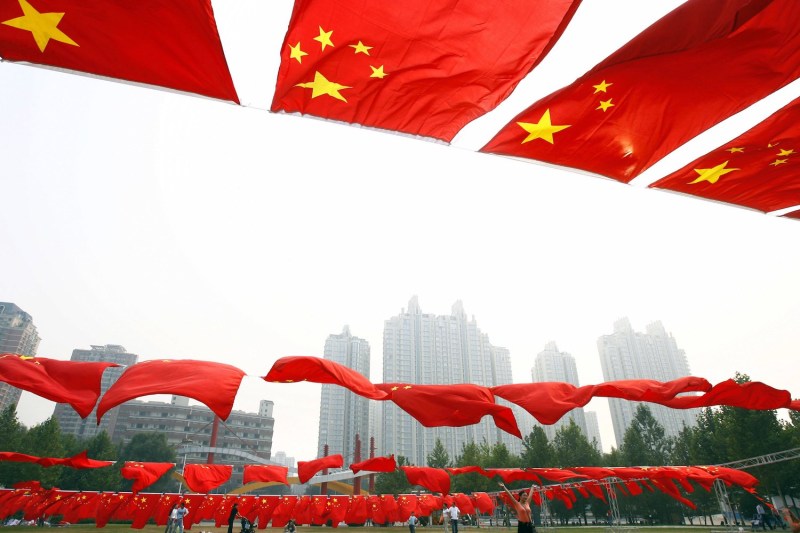 Beset by conflicts, stagnating economies, and political troubles, the region no longer looks set to rule the world

The unprecedented encounter was just one more reminder of the risks that threaten peace in the Indo-Pacific—and that the “Asian Century,” once heralded by writers such as Kishore Mahbubani and Martin Jacques, is ending far faster than anyone could have predicted. From a dramatically slowing Chinese economy to showdowns over democracy in Hong Kong and a new cold war between Japan and South Korea, the dynamism that was supposed to propel the region into a glorious future seems to be falling apart.

Asia’s geopolitical turbulence has been long in the making. In fact, the region’s weaknesses were for decades ignored by those certain that China would dominate the world, that the region would begin to manifest a shared sense of “Asian values,” that the United States’ influence was on the wane, and that the global future would be determined more in Beijing and New Delhi than in Washington. But underneath the region’s glittering new cities, the foundations of its rise were already beginning to crack.

Enter an earthquake. U.S. President Donald Trump’s trade war with Beijing, including 25 percent tariffs on nearly half of China’s exports to the United States, accelerated China’s economic decline. The country’s growth rate last quarter was the slowest in nearly three decades, since its economy took off in the early 1990s. Even if the 6.2 percent growth figure can be trusted, it reveals not only the effect of Trump’s trade actions but the general weakness of an economy in which meaningful reform has stalled and inefficiencies are as prevalent as ever.

Chinese exports to America have collapsed. Its exports to the rest of the world have shrunk, too. Meanwhile, dozens of major companies, from Google to Dell, are reducing or eliminating their production in China, exacerbating the slowdown and reshaping global supply chains. Worse for China’s economic future, perhaps, is a recent report that the country’s total debt, from corporations, households, and the government, now tops 300 percent of GDP—and much of it is caught up in opaque and complicated transactions that could become a ticking time bomb.

In developed nations, such as South Korea and Japan, sluggishness continues despite years of reform, while India’s once red-hot growth has halved in recent years, raising questions about how much further it can develop a middle class. Such fears are prevalent throughout Southeast Asia, as well.

Economics are just part of the problem. China’s ongoing attempts to squeeze Hong Kong and Taiwan’s democracies reveal just how tenuous political stability in the region really is. In Hong Kong, seven weeks of anti-China, pro-democracy protests are coming dangerously close to forcing Beijing to decide whether or not to intervene. If it deploys troops to restore order, it could lead to the bloodiest clashes since Tiananmen Square 30 years ago.

Even democracies in Asia are sailing in dangerous waters. Japan and South Korea are perilously close to a complete rupture in relations, thanks to Seoul’s continued pressing of World War II claims through its courts. Tokyo has responded by cutting the supply of chemicals critical for Korea’s electronics industry. In late 2018, Japan claimed that a South Korean naval vessel turned its fire-control radar on a Japanese patrol aircraft, nearly precipitating a military crisis. Meanwhile, Vietnam is facing off against China over oil exploration in the South China Sea, with maritime vessels shadowing and intimidating each other.

Conflicts in the region are also threatening security around the world. Despite three rounds of presidential summits, North Korea remains a nuclear-capable state that is also engaged in online offensives around the world. The global battle over civil liberties is also tilting toward greater state control, in part through China’s perfection of high-tech surveillance systems that it is keen to export, even to Western democracies. Many believe that Huawei, among other Chinese companies, is a security risk for any nation adopting its technology. And the FBI has warned that China is the greatest espionage threat to the United States, on campuses, in Washington, and in major corporations.

U.S. policymakers bet that China’s economic modernization and peaceful rise would lead to an era of global prosperity and cooperation, linking advanced economies in Asia with consumers in the United States, Europe, and elsewhere. That was wrong. Similarly, years of attempts to bring U.S. allies Japan and South Korea closer together have foundered. It is time for a reconsideration of Asia’s future.